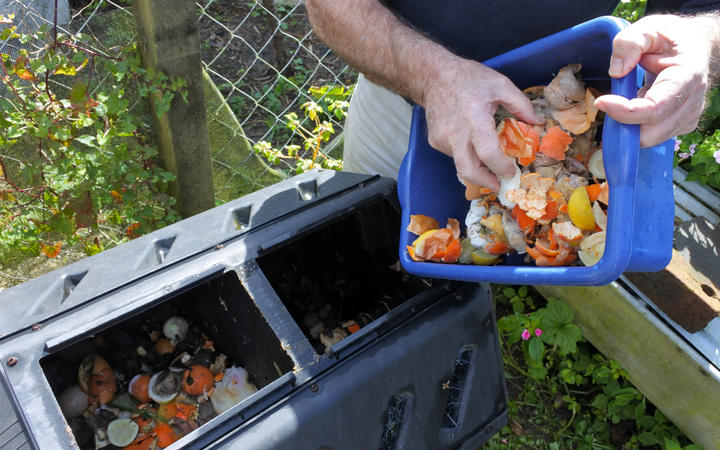 The study shows organic waste from kitchens and farms can broken down into biogas and turned into biomethane. Photo: 123RF / Rafael Ben-Ari/Chameleons Eye

Last week, a government-backed study found that 4 percent of the country's energy-related emissions could be avoided by switching to low-emitting, renewable alternatives.

It said this could be done through anaerobic digestion (AD), whereby organic waste from the kitchens and the farm is broken down into biogas which is then cleaned and upgraded into biomethane.

The gas could be easily transported within the country's current gas pipeline network.

AD also produced a byproduct, digestate, which is a combination of organic liquids and solids, which the report said could be used as a nutrient-rich fertiliser or a base for bio-products.

However, the Zero Waste Network (ZWN) said major investment would be required for organic waste processing and might lock in current harmful agricultural practices such as the use of nitrogen-rich fertilisers.

"But these practices are degrading our soils, polluting our waterways, contaminating drinking water, and contributing to climate change," ZWN member Liam Prince said.

He also questioned some of the claims the report made about the 'green credentials' of AD and its byproducts, which are said to have circular benefits.

"But the benefits are assessed using fossil fuels, rather than other practices that could potentially provide far greater emissions reductions and environmental benefits."

More focus should be placed on both preventing and reducing food waste in the first place, he said.

"We want to see organic-based systems that sequester carbon rather than turning it into gas for burning," Prince said.

He said composting was shown to be a more effective process to reduce the carbon emissions from organic waste but the report made no substantial comparison with other approaches to curb, divert and process organic waste.

One of ZWN's main criticisms of the report was its narrow focus and that it did not consider other options to help decarbonise the energy sector and mitigate food waste.

"I appreciate that the report is focused on biogas in particular but I think that's really one of our main concerns with this, it's not looking what are the best solutions for organic waste as a whole.

"It's just looking at replacing things that are obviously not sustainable, given the climate crisis."

There was a need for a comprehensive look at the best solutions not only for energy use but for how organic waste was used, he said.

Prince said he would like to see the government put some money into exploring all of the possibilities.

He made the point that AD was not without its benefits and it should be seen as part of New Zealand's overall strategy to reduce its carbon emissions.