The country's biggest airport is preparing for its busiest day since Covid-19 clamped down on travel, as people make the most of the school holidays. 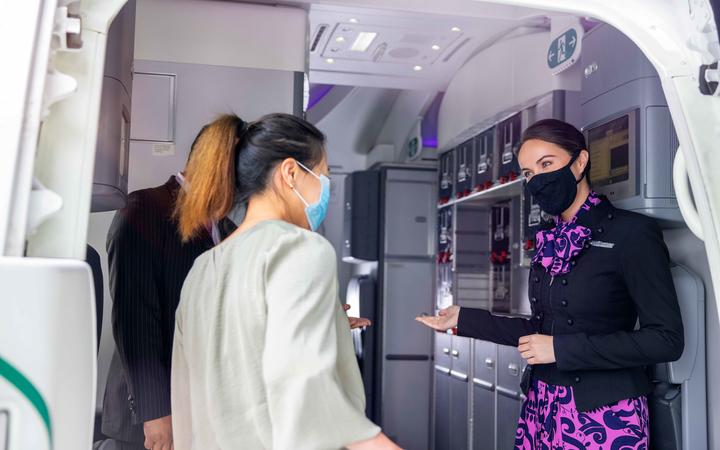 Auckland Airport said it expected 28,000 people to travel via its domestic terminal on Friday, the highest number since last March.

Some travellers will get a jump on the school holidays, travelling to their chosen destination before the school bells ring at 3pm.

The airport is expecting more than 700,000 arrivals and departures through its domestic terminal in July - a 44 percent increase on last year.

"Our staff have been working steadily through the recovery of the aviation and travel sector - now we're ready, and excited, about our biggest day since the outbreak of the pandemic," she said.

"Throughout July we're expecting domestic travellers to number around 90 percent of pre-Covid levels."

Airlines had responded by putting on more services, with 4000 domestic flights scheduled at Auckland Airport for the month.

Air New Zealand chief customer and sales officer Leanne Geraghty said it was their busiest July on record, with bookings up 52 percent for the school holidays compared with last year.

"We have over half a million Kiwis preparing to take to the skies so the demand for domestic travel is absolutely huge. It's our busiest July break we've ever had over the school holiday period," Geraghty said.

"People are travelling far and wide which is fantastic. We're seeing Kiwis wanting to get out and explore every part of the country. The busiest regions are likes of Queenstown and regional hubs such as Nelson, Napier and Tauranga."

The airline had 7500 domestic flights scheduled across the country and demand was widespread, she said.

"Some of our smaller ports like Hokitika and Kerikeri, they have fantastic increases in demand as well."

Bookings on flights to Hokitika were up 72 percent, and bookings for flights to Kerikeri were up 97 percent compared to July last year, she said.

The airline would also care for more than 7000 children travelling unaccompanied during the two-week period, with its Unaccompanied Minors Squad which is up and running across 13 airports for the school holidays.

As for those heading overseas to escape the winter weather, Auckland Airport said 10,000 travellers are expected to fly to and from Rarotonga.