No toilets, topless calendars and comments about their appearance are just some of the things women tradies say they deal with on a daily basis. 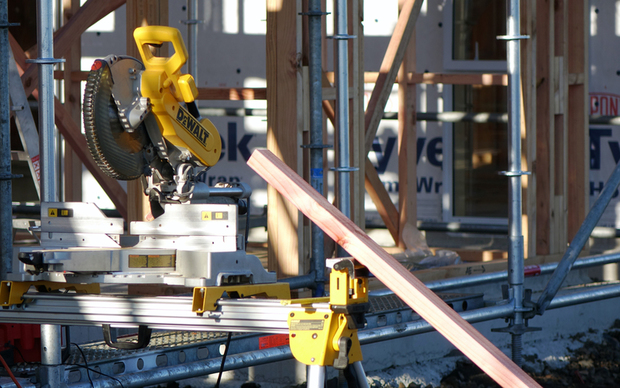 They say big changes are needed if the industry wants to attract more of them to a sector that is struggling to fill jobs.

Now an industry survey, run by the Women in Trades Collective is asking employers and women about the barriers that need to come down.

Kat Kaiwai has been in the construction industry for 12 years and is now a managing director at Tairāwhiti Contractors.

She started in admin and has tried her hand at just about everything including holding the Stop/Go sign at roadworks, driving heavy machinery and project management.

Often she was the only woman on site and that meant years working without access to a toilet.

Usually there wasn't even a toilet she could use.

It was even harder when she had her period.

"I'd change just before it was time for us to go and I'd have a super tampon and a overnight big super pad and I'll have two of them to last me for however long."

Now in a management position, Kaiwai was trying to find ways to make it easier for other women.

For Elizabeth Cramer-Robert, a first year electrical apprentice, it was still tough going.

"If you're like the only woman on the site of 100 men it can be intimidating but at the same time, it is a lot of fun, but there are definitely challenges.

"Women's toilets are definitely an example of that and facilities to look after your period.

"These things aren't really thought of and it can be difficult to get across at times that it is a necessity, it's not a luxury."

She said sexist comments were a daily occurrence.

"A lot of it is unconscious, but it's still hurtful. I noticed that while some men are supportive, other men don't believe I should be there.

"I have faced comments along the lines of 'We don't cater to your type here', 'Wouldn't you rather be at home?' or 'Shouldn't you be in a dress?'"

Cramer-Robert said it took her a while to find her voice but once she did she asked for a toilet and for topless calendars to be removed.

She was passionate about making the work site better for women because she wanted more of them to join her in a job she loves.

The survey being done by the Women in Trades Collective is aiming to do just that.

It was trying to find out what it would take to attract some of the 22,000 wāhine who lost their jobs during Covid-19.

He said the survey would also be asking employers what they could do.

"What is it that's preventing employers from hiring more women? Because in trades we've got about 13.5 percent are women, it's way too low.

"We want to say to employers, what is it that's getting in the way of you hiring women? And I guess not jump to too many conclusions until we've done that research, so that we can then put this project together that delivers better outcomes."

Priya Sami works in construction on film sets - she had a simple message for the industry.

"We need someone that is well respected, is not going to take shit to say, hey, don't forget that when you're in a group of men, and a woman walks past and you all look at her, that's intimidating, like you can be the nicest guys ever, but you need to understand how the world has been and how that is really, really intimidating for a woman."

The survey runs to 7 May.