New Zealand's sharemarket has had a sharp fall as it was caught in the aftermath of Wall Street's major sell-off. 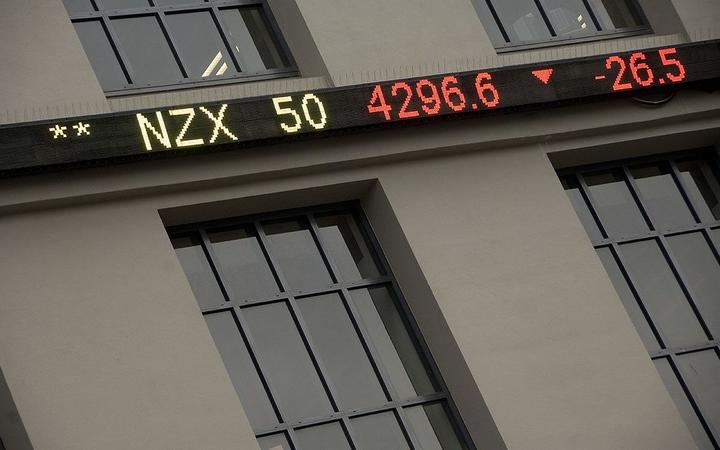 The New Zealand market has recouped all its losses due to the Covid-19 pandemic and is up 2 percent for the year. Photo: PHOTO NZ

US markets closed as much as 4 percent lower on the day as heavyweight technology stocks continued to be sold after a record breaking run came to a halt last week.

The local top-50 index closed down 156 points or 1.3 percent, its second big fall in four days, and its lowest level in three weeks.

The New Zealand market hit a record high in February, and after plunging when Covid-19 first hit has since recouped all its losses to be up 2 percent for the year.

The fall in US stocks has been put down to investors being spooked by markets having gone too high, too fast.

The sell-off in high-flying US technology shares has increased the risk of a larger correction across other markets, experts say.

"The performance of Wall Street is going to leave a heavy residue, and most noteworthy is how the tech names dropped down quite aggressively. Investors will take a close note of that," said Tom Piotrowski, a markets analyst at Australian broker CommSec.

"The dramatic fall in oil prices in the last day is being seen as a proxy for global growth expectations. That 7.6 percent fall will certainly be resonating."

Among US technology names, electric-car maker Tesla plunged 21.06 percent, its biggest daily percentage drop, after it was excluded from a group of companies being added to the S&P 500.

The US Federal Reserve's next meeting ends on 16 September, and could have a big impact on stock markets because many analysts say excess liquidity created by the Fed has contributed to rising equity prices this year.