The price of silver has followed gold, shooting upward during the Covid-19 pandemic, as more people turn to the yellow metal's poorer cousin. 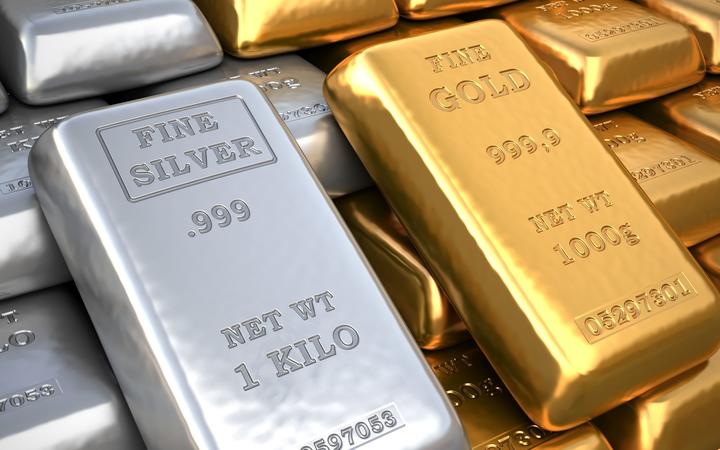 Silver hit a seven year high overnight on the back of a huge rally this past week, gaining 22 percent to $US29 an ounce. Photo: 123RF

Silver hit a seven year high overnight on the back of a huge rally this past week, gaining 22 percent to $US29 an ounce.

Since mid-March, when the coronavirus began to take hold globally, the price of the precious metal has risen more than 140 percent.

People have been piling into the precious metals market during the pandemic, which is considered a safe haven asset, as governments moved to lockdown large parts of their economies, and central banks responded swiftly with interest rate cuts and quantitative easing programmes.

He said the metal was rebounding from a sharp fall seen in mid March, global supply shortages, and precious metals were more desirable due to the weak US dollar.

However, Coleman did not expect the silver's relentless rise to continue at the current rate.

"It's had a stellar rise, I do believe both [gold and silver] metals are due for a correction at some stage, it's risen too quickly and too sharply."

Coleman's long-term view, however, is for silver's spot price to rise to record levels.

His outlook was based partly on a growing weariness amongst investors.

"In short, the people around the world are worried about the global economic future."

Coleman said New Zealanders were among those flocking to buy precious metals, and his company was receiving hundreds of calls a day from people who were interested in investing silver and gold.

However, silver is not immune to volatility.

Coleman said its low price point meant it was vulnerable to fluctuations not seen in gold.

Why is gold worth more then silver?

Although silver is less abundant than gold there is a considerable difference in price.

Gold is currently sitting at $US2068 an ounce.

Coleman said the difference is because silver did not have the clear identification value as gold, nor was it noble metal like gold.