A souvenir shop that opened this week on Auckland's former tourism mecca had less than a dozen customers through its doors the day it opened. 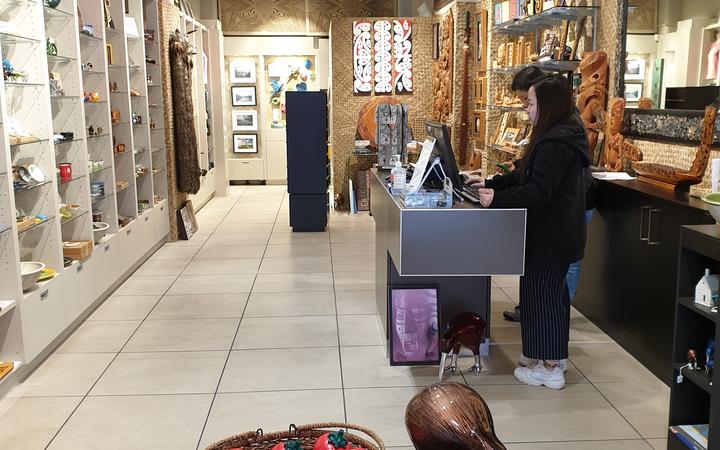 Lockdown delayed Kiwitown's opening in March and it is now paying half the rent on the main drag Queen Street.

Store manager Young Kim said the timing with the global pandemic could not be helped.

"I don't think it's really positive and bright for souvenir shops at the moment, so my boss and I are thinking businesses like this have another six months to one year."

Kim said they are looking at selling wares that appeal to domestic tourists.

She said the owner may consider selling the business if foot traffic does not pick up.

"The foot traffic has reduced a lot and most stores are closing earlier than usual. A lot of shops are empty," she said.

"We've been doing this business for more than 20 years and all the shops on Queen Street were always occupied. But since the beginning of this year you can see a lot of empty stores. I feel sad and frustrated because there's nothing we can do."

Another downtown souvenir shop nearby is closing down, the owners choosing to retire.