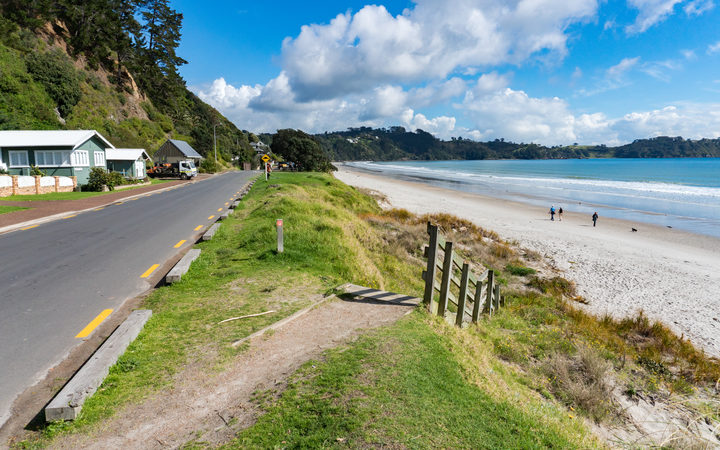 Under level 2, domestic travel will once again be allowed, including for tourism.

Māori Tourism chief executive Pania Tyson-Nathan was the first to speak and said people still saw a future in tourism.

But, she said the big elephant in the room was unemployment.

"We cannot let this happen. We need the wage subsidy.

"No one is looking for handouts. We need good data so we can manage future risks."

She said after talking to hospitality business, the best-case scenario was 51,000 unemployed and the worst case is 68000 unemployed.

"Hospo is a huge employer of Māori and Pacific Island," she said referring to SkyCity's proposed 700 job cuts announced yesterday.

National MP Todd McClay asked what happens when the wage subsidy runs out.

Pania Tyson-Nathan said some businesses would hibernate or close, but they were working to help businesses stay afloat.

"There's a whole lot we can do before that," she said, "the number one is survival".

"We've got a whole lot of businesses repurposing, 60 percent of our Māori businesses have a domestic focus anyway," Tyson-Nathan said.

She said unemployment was a worry because it would directly impact how much people would be willing to spend even locally.

Haka Tourism Group general manager Eve Lawrence said: "I don't believe that domestic tourism can even come close to filling the massive void that having no international visitors is going to create for New Zealand."

"We need this trans-Tasman bubble," she said, adding that there was need for everyone to be tested at airports because people's confidence in travelling would be low.

She said the wage subsidy scheme needed to be extended, from 12 to 26 weeks for specific industries like tourism. The revenue threshold should also be changed from the current 30 percent.

"We are a self-funded NZ start up we have invested 100 percent of our profits every year into growing our business."

Commercial rent relief was imperative, she said, citing the company's overheads of $350,000 a month.

He said he would like to collaborate with Air New Zealand but it hadn't been easy talking to the airline.

An extended wage subsidy and a chance for more passengers to come through would help the business.

"IATA, the international [travel] body ... do not see the need for social distancing on an aircraft," Crawford said.

Event Impressions director Jeff Alexander said before the level 2 announcement of no more groups of 10 yesterday, the company started to work on events for 100 people following the prime minster's advice a few weeks ago.

But, he said the government needed to stop changing its mind every other week, or confidence in the market would fall.

"The event industry is in its dying moments. We don't know where the start line is, it keeps moving."

He said the wage subsidy was a good start, but there's been no income at all.

"We're hanging our hat on what we're going to hear on Thursday. If nothing comes through on Thursday, on Friday we have to reassess what and how we're doing it."

"Forty percent of hotels around New Zealand are closed completely. There are 14 hotels in Auckland who are housing returning New Zealanders - that's about the only business going on.

"Job losses are greater than 50 percent and up to 80-85 percent across the hotel sector ... it's a similar story across the wider tourism sector."

He said the decision to allow domestic travel in level 2 would save thousands of jobs in the immediate term.

But there would still be the need for financial assistance including a holiday from the various government fees.

As the country moves down the alert levels, the government focus should shift to helping business affected by the closed border, he said.

"They need help to survive."

Sudima Hotels chief operating officer Les Morgan is asking for a rates relief which could be underwritten by the government.

"We're really after financial assistance for the next four to five years ... potentially zero-interest loans."

'We can't go back to the way it was before'

"We are making decisions on what we believe is the best health response.

"We are working with business and industry, codeveloping guidelines."

He said the feedback he received included the need for more sustainable tourism in the future.

A tourism recovery package would be announced later in the week, but he wouldn't give any further details.

Davis said he had been having conversations with the industry and taking concerns back to Cabinet.

"Everybody in the tourism sector can be reassured that there isn't a Cabinet minister that doesn't know what the impact [of Covid] has been on the sector."