Investors in the failed Ross Asset Management (RAM) company will be seeking $80 million from ANZ Bank when they start a legal claim next week.

The group of more than 550 investors has claimed the bank either knew or should have known that Wellington financial adviser David Ross was operating a Ponzi scheme, which collapsed in 2012.

The High Court cleared the way for the case last year when it rejected ANZ's bid to stop the Financial Markets Authority from passing on information to the group about the company's collapse.

Investors spokesperson John Strahl said they were determined to have full scrutiny of the bank's actions and hold it accountable.

"We believe there is clear evidence that the ANZ Bank was aware that David Ross was operating outside the bank's own commercial guidelines and that Ross was misusing RAM investor funds. Yet the ANZ Bank chose to take no action - allowing the Ponzi scheme to grow and flourish at the expense of RAM investors." 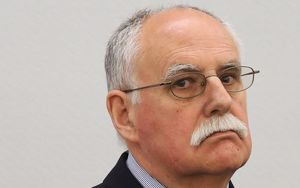 He said ANZ had fought the investors all the way.

"The aggressive stance taken by ANZ Bank to date suggests it wants to force us into submission and cover this up rather than have its conduct aired in public and properly tested in court," Strahl said.

"The bank appears willing to use the weight of its shareholder funds to do this."

ANZ had said it would strongly defend the claim that it should have known Ross was acting unlawfully by not holding client funds in separate accounts as required by law.

In a statement last year, the bank said it too was misled by Ross.

Ross was sentenced to 10 years and 10 months jail for the fraud, which overstated client funds by $380 million. He was paroled this week after serving six years.

The action is being funded by a New Zealand based ligitation group, which specialises in class actions on a no-win, no-fee basis.