Local building owners with potentially flammable cladding are being urged to join a class action suit for damages from the makers. 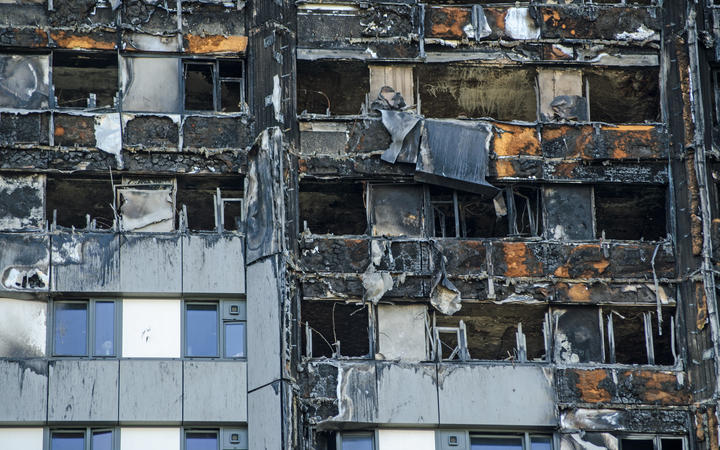 Close up view of the exterior of the Grenfell Tower block of flats in which 72 people lost their lives in a fire. Photo: 123RF

Law firm Russel McVeagh and Australian litigation funder IMF Bentham are taking the claim and will pay for any property owners to have their buildings checked for the potentially fatal cladding.

"The NZ class action will also be a product liability claim against certain manufacturers of Alucobond and Vitrabond PE core cladding products," IMF Bentham said in a statement.

"It is anticipated the investigation will lead to the New Zealand class action commencing by 31 December 2019."

The proposed action would seek compensation to cover the cost of removing the panels from buildings.

An initial investigation of 300 buildings by Auckland Council has found 147 of them had the panels, with varying levels of fire risk, while the Christchurch City Council found 46 buildings with the panels.

Buildings with the riskiest panels included parts of Auckland Hospital, Auckland University, commercial buildings with hundreds of offices, and towers with more than 5000 apartments.

However, they were fitted with other fire safety systems, such as smoke detectors, alarms, and sprinklers, so the council did not deem them unsafe.

IMF Bentham said hundreds more buildings were expected to have been fitted with the composite panels.

The same type of panels were removed from the SkyCity Convention Centre in Auckland before it caught fire last month.

The Ministry of Business, Innovation and Employment had made changes to its certifying of the panels.