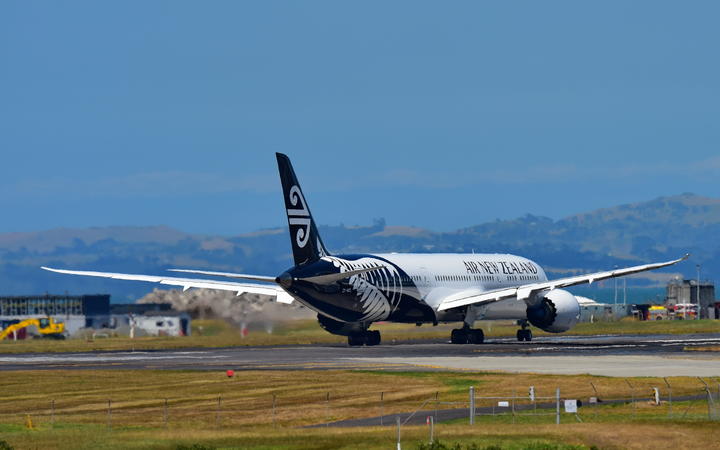 Air NZ was hit by a rise in fuel prices, contributing to a lower annual profit. Photo: 123rf

The airline reported a net profit of $270 million, 30 percent lower than a year ago.

A 29 percent rise in fuel costs, together with increased costs, more than offset growth in the airline revenue.

Passenger numbers rose 4.5 percent to 17.7 million, with growth across all its major markets, although domestic traffic growth and revenue was strongest, and earnings on the Tasman and Pacific routes were flat.

Chief executive Christopher Luxon said the airline was fundamentally strong, but the sector was more challenging and it was having to concentrate on containing costs while maintaining service.

"We are focused on ensuring that Air New Zealand is fit for the new lower growth environment and part of that involves identifying ways that we can deliver meaningful, sustainable reductions in our cost base.

"We know we already run a tight ship and that any further cost savings will require exponential effort," he said.

The company is looking for savings of $60m over the next couple of years. However, the growth in costs and flat revenue growth resulted in its debt levels rising 2 percentage points.

The airline continued to be affected by the long-running engine problems for its long-distance Boeing 787 Dreamliner fleet, some of which have had to be grounded for repairs forcing the airline to charter replacement planes and crews and reschedule flights.

Mr Luxon said it was hoped to have affected planes back in service this year, which would improve reliability and performance.

In March, the airline pulled back on plans for new planes and route expansion as it looked to slow down on capital spending, while also looking for cost savings through the business.

The company, which is 52 percent owned by the government, forecast full year underlying earnings of between $350m and 450m, broadly in line with the year just ended.

The airline also appeared to have scrapped its broad staff bonus scheme. Last year staff not on incentive schemes were given a bonus of $1800. In May, senior executives agreed to a 12 month pay freeze as pat of the cost cutting measures.

It held its final dividend steady at 22 cents a share.