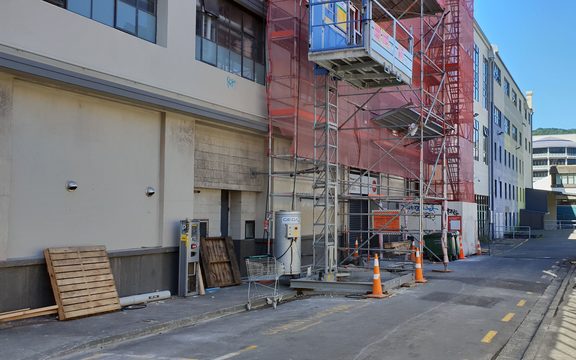 Latest - More Arrow International construction sites are back up and running, after about 14 of them were abandoned, when it was placed in voluntary administration last month.

Arrow's administrator, Andrew Bethell from BDO, said subcontractors are back working on about 10 sites.

He wouldn't say what sites remained closed for commercial reasons.

However, he said the administration is on track, after having a 'robust discussion' with creditors, at a private meeting earlier in the week.

Sky TV CFO off to Vector

The chief financial officer of Sky Television is leaving to work for Vector.

Jason Hollingworth will take up the chief financial officer role at the Auckland lines company in May.

It was widely speculated that he was in the running for the chief executive role at Sky last year, a role which went to an international candidate.

Fonterra is also going to cut the amount of produce it sells through the global dairy auctions for the next few months.

Shareholders in the fast food operator Restaurant Brands who have accepted the $9.45-a-share takeover offer from Mexican firm FinAccess, can expect to have the number of shares bought from them scaled back.

The Mexican firm wanted 75 percent of the shares, but the number of acceptances is greater than that.

That means it will ration how many it buys from each shareholder which will delay payment.

Mary Devine will take up the managing director role of Hallenstein Glassons in April.