A subcontractor is out of pocket and short one crane after being caught up in Arrow International's financial struggles. 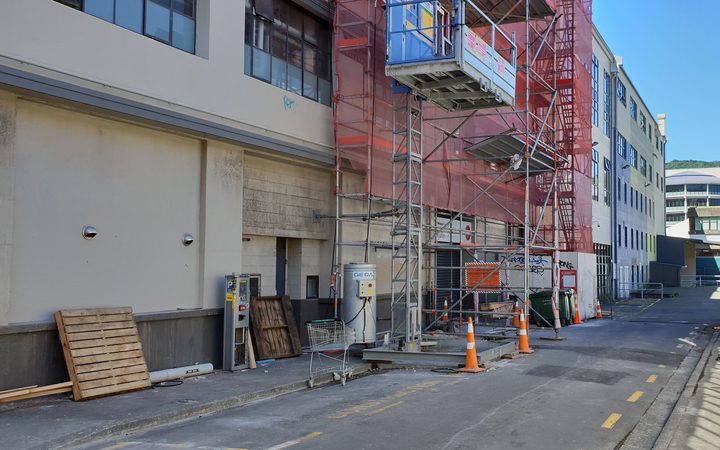 Smith Crane and Construction can't access its own crane and it doesn't know when it will be released, even though it's booked for other jobs.

The job was scheduled to finish on Friday, so it could be packed down, checked, and then reassembled at the Auckland City Mission next week.

But it's locked up on a site, which was being run by Arrow International, and is now in voluntary administration. Arrangements are having to be made and cranes juggled around so Smith can meet its obligations elsewhere, including the Mission.

Managing director Tim Smith said the administrators of Arrow, BDO, sought a court order to prevent him from removing it while they work out what to do.

But BDO said the company wouldn't have legally been able to remove the crane even without the court injunction, due to a moratorium period on the site's assets, which is triggered when a company goes into voluntary administration.

Mr Smith said this penalises sub-contractors for the failures of building companies, and none of their own.

"They're just falling over like flies, and it's all the small guys that get hurt," Mr Smith said.

He knows of other sub-contractors who have their tools or materials locked on site.

Mr Smith thinks he's lost about $5 million over the last decade. Lost income in this situation is about $1000 a day.

He said he blamed the power imbalance between subcontractors and main contractors.

"If it goes well and they make a profit, the profit goes off into some other company, and if it goes bad and starts losing money and the company gets into financial strife, they just cut it and burn and the subcontractors end up taking the losses."

The Specialist Trade Contractors Federation says holding materials on site is a disappointing, but normal process when a company goes into administration.

The deputy chairman, Greg Wallace, said it left subbies out of pocket and often without their tools when they still have bills to pay and jobs to do.

"This is our issue: we don't have any protection for the sub-trades. All the risk is pushed down to the crane operator, the plumber, the electrician, et cetera. The risk is just getting far too high for these projects."

In a statement, administrator Andrew Bethell of BDO said when a company goes into voluntary administration, a moratorium is created, which gives the administrators time to work through the options for the building site and the company involved.

He said Smith Cranes did not have a right to collect its crane at this stage, and BDO sought a court injunction to ensure it would not be removed.

Mr Smith said construction companies were not the enemy of subcontractors, and have to work together.

"We all need each other. We just want an environment where we do our job and get paid for it," he said.

"But it's happening more regularly that we do our jobs, put our money into these developments, and all of a sudden the company's off into receivership and no one gets any money."