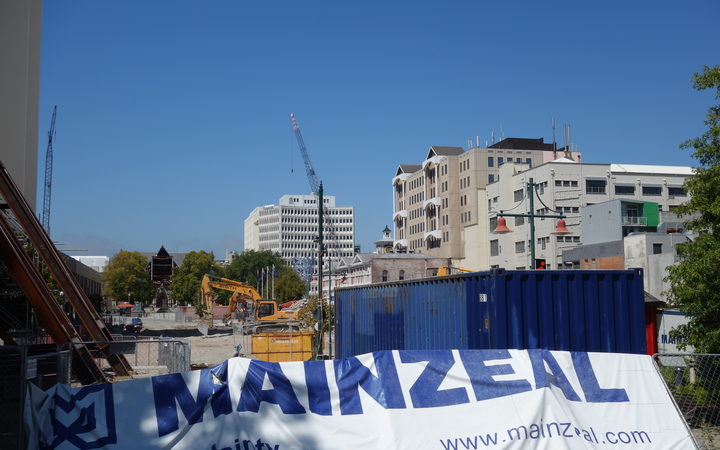 Mainzeal was the country's third-largest construction company when it collapsed in 2013, owing creditors more than $110million.

Last year the liquidators took a civil lawsuit against some of its directors, including former Prime Minister Dame Jenny Shipley.

Yesterday, the High Court ruled the directors had failed in their duties and were liable for $36m.

Plumbers, demolition contractors, carpenters and scaffolders were all left considerably out of pocket when Mainzeal went bust.

But that is cold comfort for some.

When Mainzeal went belly up, Mr Smith was owed $1.3m.

He said he'll be surprised if he gets that back.

"I wouldn't be holding out a whole lot of hope, particularly with a bunch of lawyers and liquidators involved, I'm sure they will have their hands at the top before any of the creditors get to see the money," Mr Smith said.

Laws brought in under the previous government to help protect contractors by holding funds in trust accounts were "extremely weak".

"Retentions are supposed to be kept in a trust account, but the person in control of the trust account is the main contractors themselves, so it has no bite."

The construction industry needed a major overhaul, he said.

He wants contractors to use a bond company that can pay out subcontractors if things go wrong.

Contractors were taking on high risk for low margins and that was filtering through to the subcontractors, who ended up financing the projects, he said.

"If it goes well, the main contractors take the profit, if it goes bad, all the subcontractors get left with the debt."

Peter Diver's plumbing company in Christchurch lost $650,000 after the collapse.

He also doesn't think he'll get anything back.

"It doesn't cover you at all. [In] most receiverships you don't get anything, you're an unsecured creditor."

This may make tradies wary of contractors, he said.

"Tradies are hit hard and if the government wants to do something about encouraging tradies to be in business, they should find some way of protecting them in the event of bad directorships."

But not all of those who lost money are feeling as hopeless about the court's order.

Camelspace group was subcontracted to work on apartment buildings in Auckland and lost half a million dollars.

Its director, Phil McConchie, said the court ruling sent out a good message to all company directors.

"That's what happens when you trade recklessly with other people's money - you get a decision that goes against you."

The law requiring companies to hold some money back in a trust to pay contractors if things go wrong was unclear and needed tweaking, he agreed.

But otherwise, the court order showed the system was working, he said.

"We'll all get a proportional share of that [$36 million], so that's a good result."

It still may be some time before creditors see any cash.

In a statement on behalf of the other directors, law firm Chapman Tripp said it would consider the decision.