A court has been told that a $10 million loan failed construction firm Mainzeal gave to associated companies generated hundreds of millions in wealth. 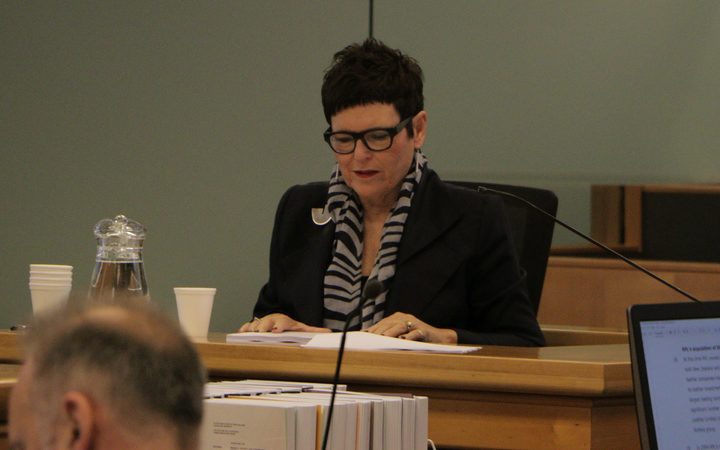 But Mainzeal never even recouped the initial amount and instead fell heavily into debt, with building projects that ran over budget and the leaky building crisis contributing to its demise.

By the time it went into liquidation in 2013, Mainzeal had made loans to related companies totalling some $61m.

Today, the lawyer for the liquidators, Mark O'Brien, told the court that a $10.3m loan from Mainzeal was used to help parent company Richina with highly-lucrative acquisitions in Shanghai.

Even by conservative estimates, he said those purchases generated $250m in wealth, yet Mainzeal didn't get anything from the transaction.

"The evidence is quite clear, that money has been used in an investment which... through good fortune has generated enormous wealth."

Mr O'Brien has been critical of Mainzeal's directors, who include former prime minister Dame Jenny Shipley, for not being aggressive enough in trying to recoup the loans they'd made.

He argued today that they should have threatened to resign in order to prompt Mainzeal's parent company, Richina, to make good on what was owed.

"Had they at the end of 2010 done what we say they should have done and pushed and prodded to get actual support in the door and, if necessary, threatened - gently perhaps or less gently if necessary - to resign or to cease trading, then it is quite possible something could have come in."

The directors are accused of reckless trading and trading while insolvent and it's claimed they should have brought in the liquidators long before Mainzeal ultimately went under.

The directors have denied this, saying they were diligent and careful and continued trading in a bid to try to reposition the company.

But Mr O'Brien said the directors had been lulled into a false sense of security, thinking Richina's boss Richard Yan would bail Mainzeal out if need be.

"It was as plain as day - I'd go as far as to say Blind Freddie could have seen it - they just weren't looking because they trusted Richard to fulfil his promises but ... to use the Ronald Reagan, it was trust without verification.

He said Mainzeal had been "dangling by a thread" in the years leading up to the collapse, but the directors continued to trade, putting creditors' money at serious risk.

When Mainzeal went into liquidation in 2013 it owed creditors about $117m.

The hearing, which is now into its ninth week, is expected to conclude tomorrow.