Analysis - The rebuild from Monday's quakes is expected to cost billions, but it won't come close to Christchurch's $45 billion bill. 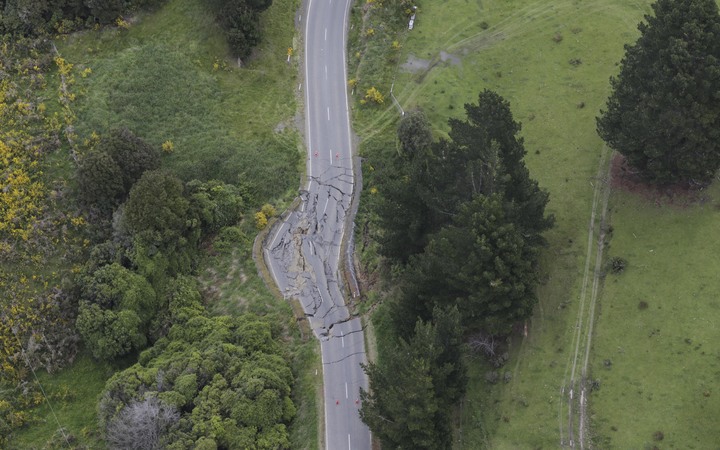 The repair bill from Monday's earthquake near Hanmer Springs is estimated to be billions of dollars. Photo: RNZ / Rebekah Parsons-King

Former Reserve Bank governor Alan Bollard was in no doubt about the effect of Canterbury's 2010 earthquake on the economy when asked about it just a month before February 2011's devastating shake.

"Was the earthquake a good thing? No, because it destroyed so much wealth."

That question is again being raised after Monday's severe shocks in the upper South Island and lower North Island.

In many ways it's another painful reminder of New Zealand's perilous position, perched on the edge of two active plates.

It's plain Kaikoura paid a heavy price, with the town cut off by road and rail, while Wellington has also suffered some disruption.

Households have been left without power, water and sewerage. Affected firms have experienced a loss of business from closing temporarily, while transport links could be disrupted for some time.

"Clearly it is major, with considerable land and infrastructure damage, but understanding the insured losses may take until later in the week," Australian insurer IAG, which has the AMI, State and NZI brands under its umbrella, said in a statement.

Tower Insurance also said it would take several more days before the insurer got a clearer understanding of what it might face.

But the severe shakes are not expected to deliver the same economic punch inflicted upon Christchurch and the country more than five years ago.

Monday's quake was bigger in magnitude than those in 2011, but the number of people affected is smaller.

Economists expect the overall impact on the fast growing economy will be small, and it is unlikely to prompt the Reserve Bank to cut the benchmark interest rate.

"At this stage we think the Reserve Bank will sit where they are. I think where we are a bit fortunate compared to the Canterbury 2011 earthquake is that the psychological shock to the country won't be quite the same. We have, unfortunately, been here before," ASB chief economist Nick Tuffley said.

Nevertheless, Kaikoura is a major tourist destination and the town would take a substantial hit from the earthquake.

BNZ head of research Stephen Toplis said the buoyant tourism sector could feel some effect from a drop in the number of visitors.

"Any such reaction is more-often-than-not an over-reaction as folk fail to understand that it's not the whole of the country that has been impacted. But it happens anyway."

While the area is not heavily populated, the impassable State Highway 2 and rail line are important for the movement of people and freight in the South Island.

Mr Tuffley said it could conceivably take up to a year, if not longer, to reopen the links.

"At this stage, we do not think that there will be any quick fixes." 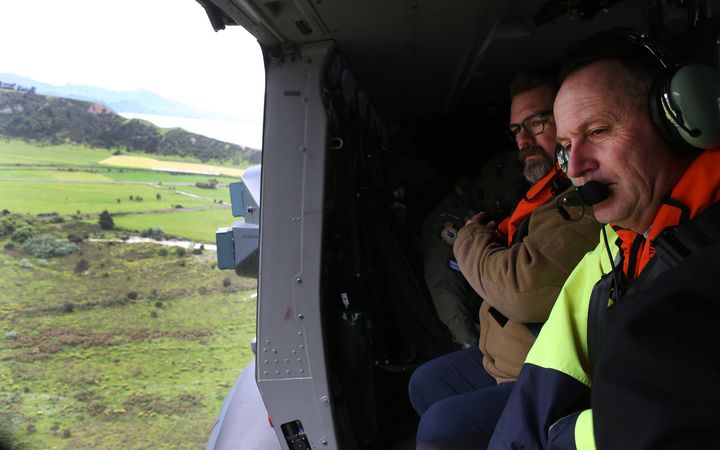 Prime Minister John Key has taken an early stab at the damage bill, saying it is likely to be at least "a couple of billion dollars."

In comparison, the Christchurch earthquake bill is more than $40bn.

Finance Minister Bill English agreed it could cost billions, but added it could be much more.

"The combination of significant infrastructure damage in Wellington, obvious damage in Kaikoura - all roading and rail issues - this is going to add up to something fairly significant. We also know that those estimates change over time."

Mr English said the government's books were in good shape to deal with it.

But it is another unexpected item to add to National's lengthening to do list, which already included another $1bn on prisons.

It also places the Prime Minster in a dilemma.

Mr Key has hinted strongly at tax cuts as he heads into next year's election.

But others may wonder whether that is an appropriate thing to do when the government's financial position again comes under strain.