The Reserve Bank has left the Official Cash rate at a record low 2 percent in its latest announcement this morning. 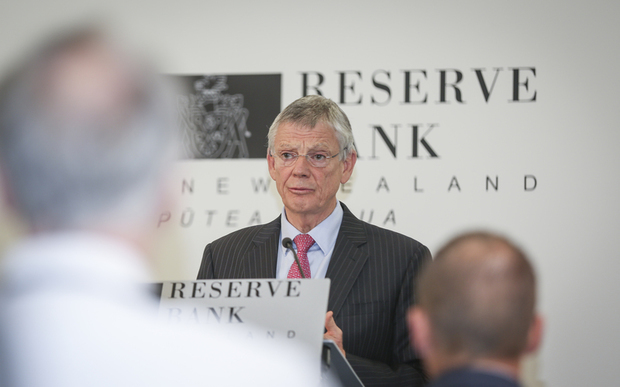 But the Bank has also signalled it was ready to cut again.

Governor Graeme Wheeler said the domestic economy was robust on the back of strong migration and tourism, construction activity and low interest rates.

"Monetary policy will continue to be accommodative. Our current projections and assumptions indicate that further policy easing will be required to ensure that future inflation settles near the middle of the target range," Mr Wheeler said.

Analysts have picked November, when the central bank will have more information about inflation.

"We continue to expect the RBNZ to cut the OCR to 1.75 percent in November, with a high risk of a further cut to 1.5 percent in early 2017," ASB chief economist Nick Tuffley said.

"The growth story in New Zealand is positive, and the dairy sector is seeing some light at the end of the tunnel.

"But the inflation risks remain skewed to the downside, particularly through the ever-stubborn New Zealand dollar."

The high flying dollar also remained in Mr Wheeler's sights, and "a decline in the exchange rate is needed."

Mr Wheeler also sounded a note of caution about getting too carried away over the recovery in dairy.

"While dairy prices have firmed since early August, the outlook for the full season remains very uncertain," Mr Wheeler said.

The statement was a clear reminder the bank's priorities lay with addressing low inflation and high dollar, despite a faster growing economy and overheated housing market.

And he was placing his faith in tighter lending rules, to take some of the heat out of house prices.

"There are indications that recent macro-prudential measures and tighter credit conditions in recent weeks are having a moderating influence," Mr Wheeler said.

Today's decision followed the United States Federal Reserve keeping rates unchanged, though a hike was expected by the end of the year.

The New Zealand dollar has fallen slightly after the decision, after it had gained nearly half a cent this morning after the US decision.