The Reserve Bank has cut the Official Cash Rate from 2.25 to 2 percent, the lowest it has ever been.

New Zealand's central bank made the announcement at 9am today. 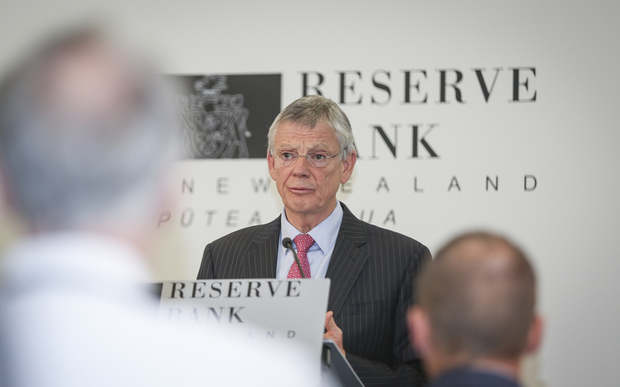 Analysts had predicted the cut of 25 basis points as the Reserve Banks makes efforts to get inflation back into the 1 to 3 percent band and counter a high-flying currency.

"This makes it difficult for the bank to meet its inflation objective. A decline in the exchange rate is needed," Mr Wheeler said.

Mr Wheeler also reiterated his concern about the surging housing market, which could undermine the financial system.

"The bank is consulting on stronger macro-prudential measures that should help to mitigate financial system risks arising from the rapid escalation in house prices," Mr Wheeler said.

Inflation has been below the bottom of the Reserve Bank's 1 to 3 percent band for the last seven quarters.

While the central bank forecast inflation to start rising by the end of the year, Mr Wheeler warned low inflation could become embedded in consumers' and firms' thinking.

He signalled further rate cuts would be needed to ensure inflation returns to the desired two percent target.

An economist said there were no surprises in the RBNZ's decision or its assessment of the economy, and further rate cuts look assured.

"It seems inevitable the OCR will head lower still, though not necessarily immediately. We now expect a cut in November and another in early 2017," said ANZ chief economist Camron Bagrie.

The Prime Minister said he expected banks to pass on the cut to their mortgage customers.

Mr Key said the rates were complicated by competition and banks' own offshore borrowing rates but he thought most of them would eventually cut lending rates.

"It's kind of an easy thing to beat up on the banks, but I think for the most part they have generally been offering much lower levels of fixed rate mortgages to consumers, you can now borrow at money at the very low four percents."

Finance Minister Bill English said if banks did not pass on the latest cuts to the OCR to borrowers, people should use their influence as consumers to get better lending rates.

"The borrowers have the opportunity to change banks, to ring up their bank and demand a lower interest rate, if that is what they want to do. My understanding is that banks are responding to that kind of pressure from customers all the time."