A cut in interest rates is considered all but certain this morning as the Reserve Bank focuses on lifting inflation.

Most analysts predict central bank governor Graeme Wheeler will shave another 25 basis points off the Official Cash Rate, taking it to a new record low 2 percent, as he struggles to get inflation back into the 1 to 3 percent target band. 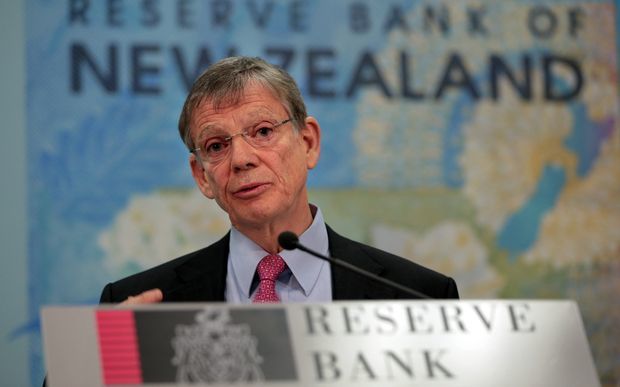 But associate professor at the School of Economics and Finance at Massey University, David Tripe, said that did not mean retail banks would pass on all of a reduction to household and business borrowers.

"My guess is maybe 10 basis points. I'd by very surprised if they went by 25 basis points," said Dr Tripe

In March when Mr Wheeler cut rates by 25 basis points to 2.25 percent, ANZ, BNZ and Westpac cut their floating mortgage rates by 10 basis points, while ASB and Kiwibank cut by 20 basis points.

A rural debt negotiator, Janette Walker, said banks were already enjoying bumper profits, and they should not be pocketing the difference.

"They're not short on making a bob or two. And they should be passing on those cuts to their rural clients."

Ms Walker said the situation appeared likely to get worse for some debt-laden dairy farmers facing a third season of below break-even prices, with banks set to tighten the lending screws further.

"So, for one farmer that I've been talking to, if his interest rate went up by a whole one percent that's another $30,000 on top of his already tough situation, and it's simply not affordable for him," Ms Walker said.

Coupled with caps on overdraft facilities and the next dairy payout cheque not until October, Ms Walker said many dairy farmers could be driven out of the industry.

Many dairy farmers could be driven out of the industry, Janette Walker said Photo: 123rf.com

Banks stuck between 'a rock and a hard place'

But not all farmers are under such pressure.

A specialist farm accountant in Christchurch, Pita Alexander, said while many of his clients would welcome a cut, rates were already so low it was unlikely to make much difference to their interest bills.

"If [rates] came back from 4.75 percent for a five-year fixed to 4.5 percent it would be interesting, and some would take it up. But the rates are historically so low, I don't think it will have a big effect."

Dr Tripe said banks were stuck between a rock and a hard place.

He said banks could not take deposit rates much lower if they wanted to hold on to savers, who helped fund the borrowers.

"If anybody's passing on the full amount I'd get worried about the long term prospects of the bank in question."

Many older New Zealanders prefer keeping any spare cash in banks, and will be relieved if savings rates are left unchanged since they rely on them to supplement their income.

Most economists are picking the Reserve Bank will not stop even if it reduces the OCR, with financial markets pricing in another cut by the end of the year, and perhaps even more in 2017.

But if the reductions are not passed on and used to boost spending and investment, Mr Wheeler's job will be that much harder to get inflation back to its mid-point of 2 percent.

Many commentators argue central banks globally have lost their effectiveness, and it's time for government's to unleash their fiscal firepower to boost growth, prices and wages.