The slowdown in dairy and log exports is weighing on the outlook for two of the country's port companies. 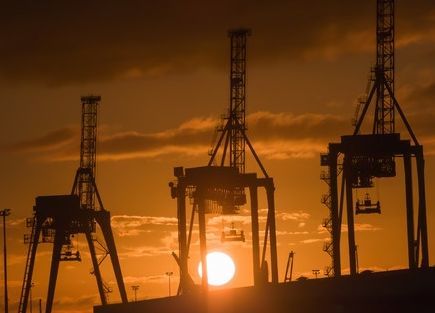 The Port of Tauranga has forecast flat earnings this year because of soft dairy, and log markets are affecting cargo volumes and offsetting gains in container volumes.

The company's annual meeting has been told that volumes in the first part of the new trading year have been a shade behind last year and the uncertain outlook will probably mean the full year net profit is little changed from last year's $79.1 million.

"The big issue on our radar is what happens in China particularly with log exports, which is a very big part of our business," said chief executive Mark Cairns.

He said latest reports from China suggest falling stocks and a rise in prices, but the company is staying conservative about the trading outlook for now.

However, dredging of Tauranga harbour is on schedule and this will allow the world's largest ships to start calling from next year.

Mr Cairns said the company was not looking at any mergers and acquisitions in the near-term, after its expansion into the South Island through taking a stake in the Timaru port company two years ago.

And the operator of the Bluff-based company, South Port is also expecting an uncertain trading outlook.

Chairman Rex Chapman told shareholders he did not think the company would be able to sustain last year's strong profit growth because of softness in commodity markets.

The port is reliant on aluminium, dairy and forestry volumes, and Mr Chapman said competition among the country's port companies to fill larger container ships, prompted its own move to set up a regional freight hub in Invercargill.

He said South Port maintained good working relationships with other New Zealand ports, as it looked to take advantage of what would be inevitable changes in the port sector.