Exporters are applauding the expansion of the Port of Tauranga that begins today, but say getting to this point has already taken too long. 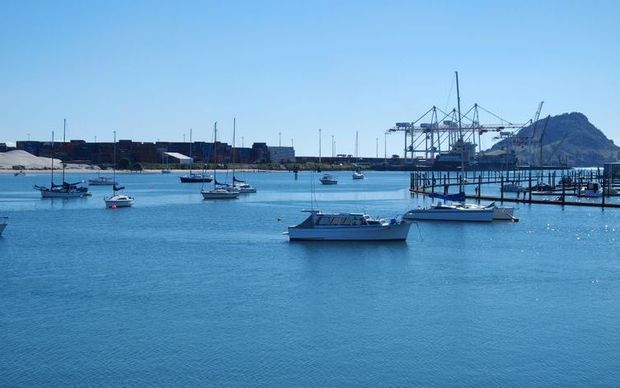 The work that starts this week will widen the Port of Tauranga harbour entrance channel and deepen the shipping lane from 12.9 metres to 14.5m inside the harbour and to 15.8m outside.

But it took a four year legal battle to make this happen and exporters say this process was too slow, especially with a widened Panama Canal due to send ever-bigger ships into the Pacific Ocean.

"This first stage of dredging will allow us to handle 6500 container vessels at low tide," he said.

That contrasts with an average of 4500 containers per ship now and will be carried on ships around 300 metres long.

New Zealand Shippers Council chairman Mike Knowles applauds this, along with a similar development in Otago - but said it was all too hard to achieve.

"For Port of Tauranga it has taken four years and Port Chalmers has been the same just to get their consents approved, and they have paid quite a few million dollars in costs as well," he said.

Mr Cairns said the process of getting approval for his port was extremely drawn out.

"It went through independent commissioners, and then it was appealed by three appellants," he said.

Mike Knowles said there was a need for greater efficiency when it came to developing a port.

"It is a critical piece of infrastructure," he said.

"For something that is so important for a trading nation like New Zealand we need a more efficient process to enable these consents to be granted."

The move comes as ships grow ever larger, to make the most of financial and environmental economies of scale.

Container ships abroad have passed 400 metres in length and many are more than 300 metres.

Charles Finny, who speaks on behalf of all port company chief executives, said New Zealand needed to get ready for a big increase in the volume of goods crossing the wharves.

"The government has a target of increasing the export to GDP ratio to 40 percent, and that is going to mean a doubling of exports," Mr Finny said.

Tauranga and Otago are not alone in facing this challenge. The Port of Wellington is preparing to apply for resource consent to do its own dredging, and Ports of Auckland dredged its channel in 2006.

Mike Knowles, of the New Zealand Shippers Council, said the pressure would not go away.

"The Panama Canal extension is going to open some time around the second quarter of 2016," he said.

"That will allow ships more than twice the current size in terms of container ships to transit the canal, and it is quite possible we will see those bigger ships coming to New Zealand as well."

Mr Knowles said it was vital for a country like New Zealand to prepare for this possibility.