Port of Tauranga and Port Otago have emerged as the leading contenders for the next generation of larger deepwater cargo ships after a major deal bringing Timaru back into the picture.

The ten-year so-called Kotahi deal announced a month ago will have Fonterra and Silver Fern Farms sending produce through Timaru to big new export ships at Tauranga. 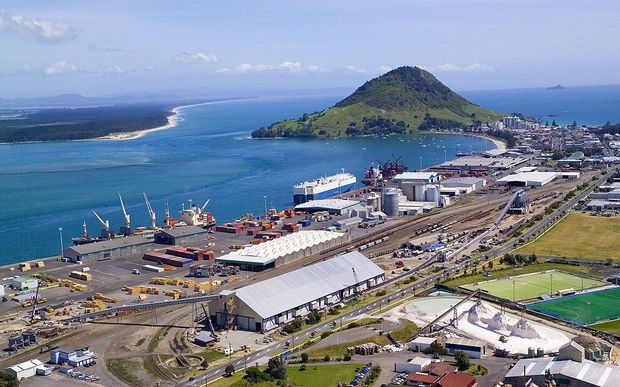 But the Maritime Union said that could create a new monopoly that would hurt New Zealand.

Since the $5 billion deal was done a month ago, other South Island ports have been playing down the impact on them.

But sources at Port Otago and Christchurch's Lyttelton Port said there is plenty of talk among the staff about their ports being caught out by the Kotahi deal and losing business to Timaru.

An report by the New Zealand Shippers Council called for the country to develop four deepwater ports able to attract bigger cargo ships carrying the equivalent of at least 6,500, 20 foot containers.

That would be two ports in the North Island and two in the South Island.

Mr Cairns said the Kotahi deal means Tauranga will now start its $70 million dredging programme to become the first, and he said he is not sure there is enough exporting going on to justify any others.

Port Otago is the only other port in the country to be fully-consented and ready to dredge out its shipping channel to 15 metres to service the new vessels. The project could cost as much as $100 million.

Mr Plunket said shipping is a long term industry and the Kotahi deal changes none of the fundamentals.

He disagrees that one deepwater port is enough, and said Otago will be keeping up with Tauranga at every step.

The revival of the Timaru port is sure to also affect Lyttelton port, as it begins a $1 billion post-earthquake development plan, but it would not comment on Wednesday.

He said it's about Tauranga benefiting at the expense of small coastal ports.