Treasury has warned dairy prices may not rebound by as much as first thought, which could mean the Government's books remain in deficit for three more years. 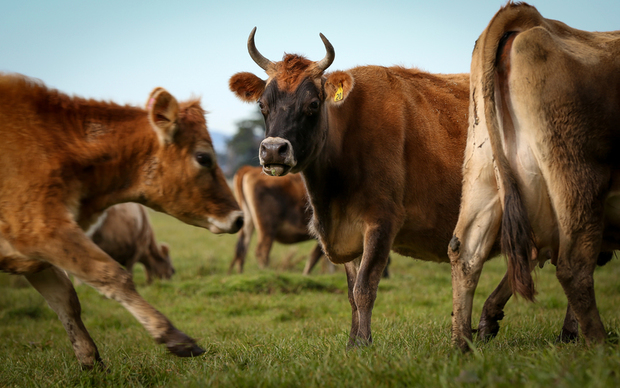 In papers released under the Official Information Act, Treasury told Finance Minister Bill English as early as June that falling dairy prices had started to mirror its downside scenario in May's budget.

Under that scenario, the budget deficit continued until 2018.

But Treasury noted the lower dollar and interest rate cuts would help absorb the shock.

Dairy prices continued to plunge, and by August Treasury warned the expected recovery could be at much lower levels than previously assumed.

Along with a slowing economy, Treasury said unemployment could top six percent.

A senior economist wasn't surprised Treasury had singled out dairy prices as a key risk to the economy, and the biggest worry would be if prices stay low.

"Unless the Government looks at cutting back some of its commitments, it probably is going to run a deficit this year. Will that put tax cuts off the agenda? Who knows. It will depend on how quickly dairy prices recover, and how quickly other parts of the New Zealand economy pick up some of the slack. At this stage any tax cuts they had been considering would probably be scaled back somewhat."

Some economists have argued the Government should have a back-up plan if the economy stalls, which the Prime Minister has ruled out.