A Singapore-based economist warns China's economy is slowing more dramatically than the official line from the Chinese government suggests. 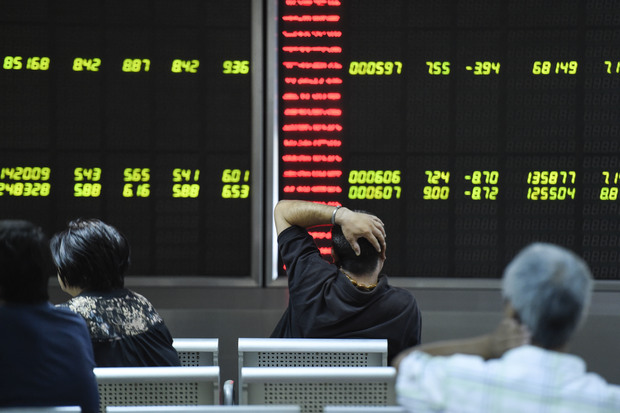 The preliminary China Manufacturing PMI - a key economic indicator - contracted from 47.8 in July to 47.1 in August, the worst reading since March 2009.

The official line from the People's Republic of China is that economic growth fell to 7.4 percent last year, and is expected to be 6.8 percent this year.

"The real activity is actually, we believe, slowing significantly more than what official, and potentially politically smooth figures are saying. It's probably looking at something closer to around 4 to 5 percent.

"That's been based on industrial production, it's been based on what we're seeing on money growth, and the authorities are clearly worried about how fast this slowdown is going, and that's why we've seen the range of measures introduced, including cutting interest rates, cuts in the bank reserve requirements, but also recently the devaluation of the renminbi."

How will it affect New Zealand?

Finance Minister Bill English said the fall in the Chinese stock market did not necessarily reflect a poorer China. But he told Morning Report it was possible China would have a harder landing than expected, affecting growth in New Zealand. 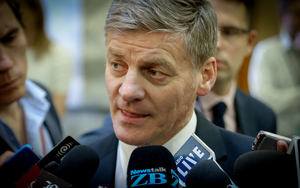 Reserve Bank and Treasury estimates for growth have fallen from 2.5 percent - 3 percent earlier in the year, to 2 percent-2.5 percent. "Some people are now suggesting it could go under 2 percent," said Mr English.

"But the possibility of recession I think is small. If you had a hard landing in China then the possiblity would rise."

Ms Fenner is one of the authors of a report released in May this year which looked at how resilient New Zealand's economy would be in the face of a crisis in China.

According to the report total goods exports to China have risen ten-fold since 2000 to nearly $10 billion last year, accounting for nearly one fifth of New Zealand's total exports, or more than 4 percent of GDP.

It said New Zealand was more sensitive than ever to a sharp and possibly disorderly slowdown in Chinese growth.

Ms Fenner said slower growth would have an impact on New Zealand's exports.

Bank of New Zealand chief economist Tony Alexander said China's growth rate was slowing down, and it was facing problems such as property price corrections and high levels of household debt.

Worst day of trading since 2007

Though China's Shanghai Composite index experienced its worst day of trading since 2007, and has come down dramatically since June, it is still almost 40 percent higher this time last year.

This has been fuelled by Chinese mum and dad investors, borrowing to speculate at the encouragement of the state.

It is these investors who are New Zealand's export targets, and Tony Alexander said the dramatic moves in the Chinese share market could hurt consumer confidence.

"So one would expect that this is the sort of thing which will be taken into account by those who are looking at bidding at the next Global Dairy Trade Auction for instance."

Economists point out China's share market does not reflect its economy.

Victoria University lecturer Jason Young, a research fellow of the New Zealand Contemporary China Research Centre, said in the long term the transition was good for this country.

"By 2030 there should be one billion urban consumers in China and of course China doesn't have enough arable land to be able to feed its entire population at levels the middle class would expect, so there's obviously opportunities for New Zealand producers."

He said the population growth predicted for China was a global trend and New Zealand had the potential to shift to other markets if Chinese consumers were not prepared to pay a premium for products.