Business confidence has slumped, China has devalued its currency, and many New Zealand dairy farmers are likely to operate at a loss. So, is New Zealand's economy set to slow to a crawl?

Which way is the economy heading? There is more than one indicator to point in the direction it might take. Photo: 123rf.com

There's no doubt the economy is slowing. Finance Minister Bill English expects the economy to slow from 3 percent growth to about 2 to 2.5 percent.

Some commentators expect it will slow even further. In its latest quarterly economic review - released this week - Westpac Bank economists predicted gross domestic product (GDP) to fall to 1.6 percent by next year, with a rise in unemployment and further slowing of wage growth.

ANZ chief economist Cameron Bagrie wants the Government to have a back-up plan in place in case the economy takes a turn for the worse. He suggests Plan B could include the option of fast tracking some planned infrastructure projects.

That's fallen on deaf ears for the moment. The Government is keen to talk down the possibility of recession, and Prime Minister John Key recently rejected suggestions the Government will need to spend more money to stimulate the economy.

Fonterra has slashed its forecast payout from $5.25 a kilo of milk solids to $3.85 - leaving a $3.3 billion hole in the economy and prompting further pessimism.

But it's just one of the big indicators that shine a light on the path the economy is travelling upon.

Fonterra's payout cut made headlines last week because farming is still such a huge part of the economy. The payout cut doesn't affect just the farmers, who will be unable to cover costs, but entire communities, with retailers in rural areas already feeling the pinch. If prices on the global dairy auction trading floor continue to fall, they will drag the economy down with them.

But while dairying is a significant portion of the New Zealand economy, lean spells for dairy farmers do not always translate into tough times for everybody. The Employers and Manufacturers Association has pointed out that while the drop in dairy prices had dominated the headlines in the past 12 months, other areas such as kiwifruit, wine and the service industry were growing. 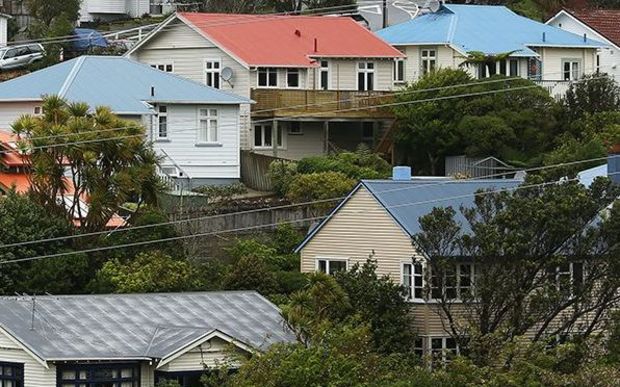 Nevertheless, plunging dairy prices have unnerved firms. The confidence of New Zealand businesses remains one of the best indications of where the economy is headed, and it's turning increasingly pessimistic.

Business confidence figures recently released show a fall to the lowest levels since September 2012, and just one in 10 firms said they expected an improvement in trading during the next three months.

Another survey from ANZ, released late last month, found 15 percent of respondents expected the economy to get worse over the coming year - a six-year low for that survey, compared to the 2 percent who expected a deterioration in the previous month. 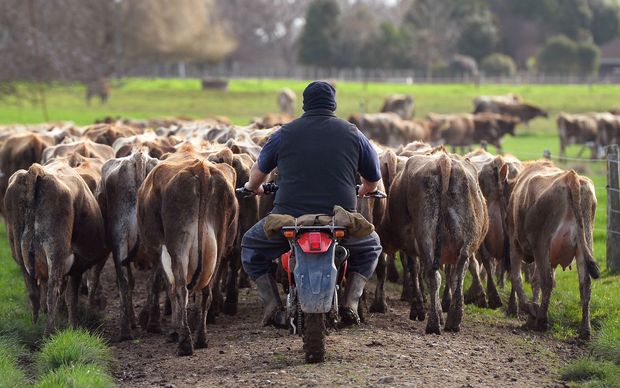 New Zealand is still a small player on the global economic stage, and anything that affects our biggest trading partners will have a direct impact on the local economy. The country can usually ride the wave of big international developments, but is always at risk of getting swamped.

This has been seen this week, with the People's Bank of China devaluing the currency against the US dollar by 1.6 percent, after cutting its value by 1.9 percent the day before. This was bad news for New Zealand exporters, particularly for those who export commodities like dairy products, which are priced in US dollars and now more expensive for Chinese consumers. 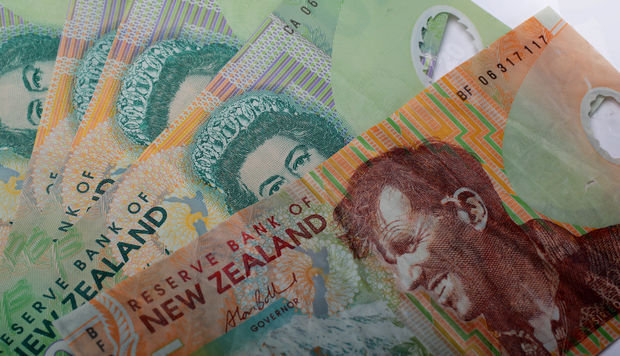 The Chinese move has put further pressure on the New Zealand dollar, which is expected to continue to trend downwards for the immediate future.

But the Manufacturers and Exporters Association said the falling currency had lifted the mood of their members. The previously high kiwi dollar had forced exporters to be as lean and efficient as possible in order to cope, and this was now paying off. It said the lower dollar meant some businesses were coming back to New Zealand to have components manufactured, instead of going to China as they have in the past.

The rebuilding plan for the South Island's biggest city has seen economic growth spike in the region, as billions of dollars are invested in getting the quake-stricken city back on its feet.

But there are already warnings that this growth will peak - a Westpac report released this month says that the rebuild will peak in 18 months time, with thousands of jobs lost over the ensuing years.

One area that is still racking up strong growth figures is the property market, as prices spiral out of reach of many first-time homeowners. So much of New Zealand's money is tied up in property investment that any rise or fall in house values has a direct impact on the entire economic system.

The possibility of the property bubble bursting hangs over the country's economy, and there are signs that the overheated market is cooling down - Real Estate Institute of New Zealand (REINZ) figures released just yesterday showed the Auckland region's median price fell from $755,000 in June to $735,000 last month, down 2.65 percent.

The property boom does have one side effect that has a positive impact on the economy - construction activity during the next six years is expected to top $200 billion, with a recent government report showing residential construction in Auckland was driving a "golden era" for the building industry.

The number of people looking to move to New Zealand is another sign of how the economy is doing, and it's a positive one right now.

Figures released in June showed the number of people wanting to live in the country long term is continuing to reach new highs, with more people arriving from Australia than leaving for that country for the second month in a row.

It was the 10th successive month of record highs. In the past week, it was revealed that the country's population grew by 86,900 people, or 1.9 percent, higher than Australia's growth of 1.4 percent per year.

The best single figure to give an indication of the economy's direction remains the Official Cash Rate as set by the Reserve Bank, with some of the country's top economists trying to guide the economy into growth.

It was recently cut to 3 percent, and the Reserve Bank has indicated it is likely to fall further in order to maintain economic growth and return inflation to its target of 2 percent.