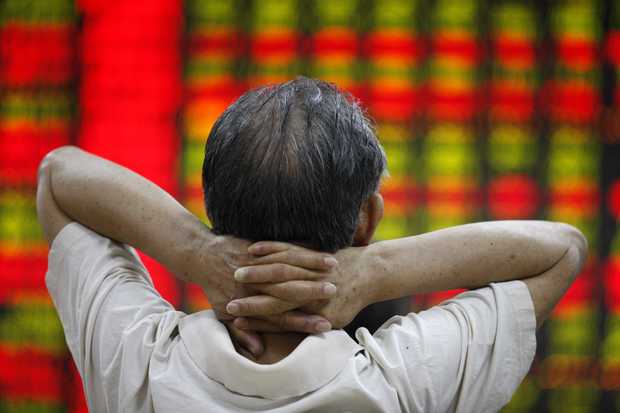 A man watches a screen board at a stockmarket in Huaibei in east China's Anhui Province. Photo: AFP

The sell-off continued despite China's latest attempts to reassure investors.

Over the weekend, Beijing said it planned to let its main state pension fund invest in the stock market.

Under the new rules, the fund will be allowed to invest up to 30 percent of its net assets in domestically-listed shares.

The fund will be allowed to invest not just in shares but in a range of market instruments, including derivatives. By increasing demand for them, the government hopes prices will rise.

Simon Littlewood, president at business advisory firm ACG Global, told the BBC there were concerns that the world's second biggest economy was "a one-trick pony as they have been trying repeatedly over the past few months to put more liquidity into their economy", yet so far have failed to calm markets.

Over the past week, the Shanghai index fell 12 percent, adding up to a 30 percent drop since the middle of June. 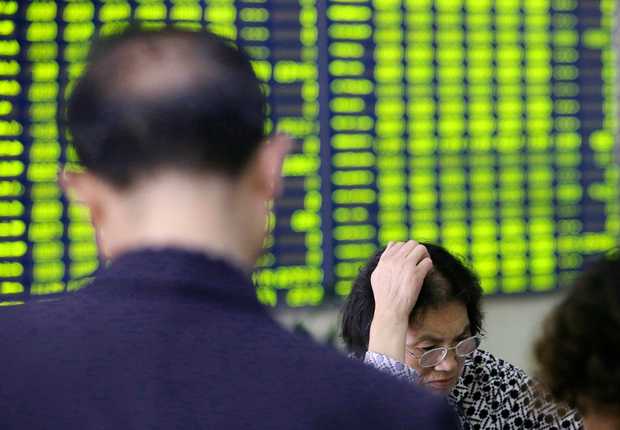 The sharp fall sparked a global sell-off, with the Dow Jones in the US losing 6 percent, while the UK's FTSE 100 posted its biggest weekly loss this year, of 5 percent.

Earlier this month, the Chinese central bank devalued the yuan in an attempt to boost exports.

Around the region, Tokyo's Nikkei closed down 4.6 percent and Hong Kong's Hang Seng closed down 5 percent.