Economists expect the unemployment rate will have fallen further in the September quarter amid continued jobs growth and continued strong participation in the workforce. 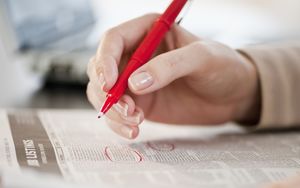 When new figures are released on Wednesday, the economists are expecting an unemployment rate of 5.4 percent, down from 5.6 percent three months earlier.

They are also expecting the figures will show private sector wages to have risen half a percent in the three months, taking annual wage growth to 1.9 percent.

An economist at the Bank of New Zealand, Doug Steel, said the strong employment market would eventually drive wage growth, but he did not think significant inflationary pressures emerged in the September quarter.

Overall, employment growth is expected to be strong enough to more than absorb the increasing labour supply.

The participation rate is expected to nudge up a tick to 69 percent of the working age population, from 68.9 percent in June.

An economist at Westpac, Satish Ranchhod, said increased participation in the labour market was keeping the unemployment rate higher than it otherwise might be.

The participation rate was boosted by strong migration inflows and people staying in employment for longer, he said.