Stronger manufacturing activity and rising demand for workers are continuing to underpin the economy. 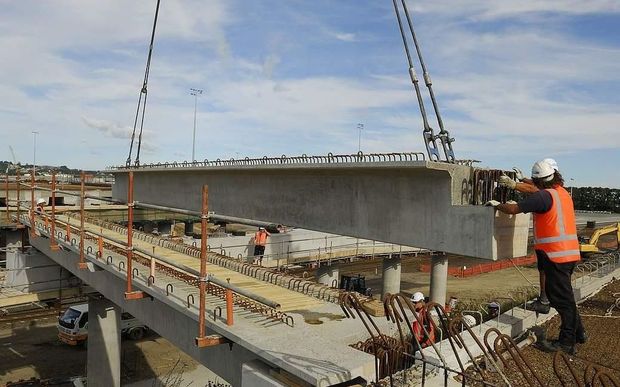 Confidence in the jobs market has risen to its highest level since September 2008. Photo: PHOTO NZ

However, analysts say New Zealand's economic growth is past its peak and are warning dairy farmers they should prepare themselves for more cuts in income.

That was despite prices edging up in the international GlobalDairyTrade auction overnight, and the fact the economy is still expanding at a reasonable clip.

Manufacturing activity expanded to its second-highest level in 2014 in September, with BNZ-Business New Zealand's Performance of Manufacturing Index rising one point to 58 in September compared with the previous month.

Manufacturing New Zealand executive director Catherine Beard said activity had picked up again after a quieter period in the middle of the year.

"A lot of it is flowing through from a really strong building and construction sector. But also when you look at the subgroups, food and beverage and tobacco manufacturing was very high as well," she said.

Internet job ads rose, more than offsetting fewer ads in newspapers, with ads rising in Auckland and Wellington but falling in Canterbury.

ANZ senior economist Sharon Zollner said it indicated unemployment, which currently stands at 5.6 percent, will edge under 5.5 percent by the end of the year.

The average price in the twice-monthly auction increased 1.4 percent to $US2640 a tonne.

AgriHQ dairy analyst Susan Kilby said it was too early to say whether prices, which had halved since peaking in February, had bottomed out.

"The world is still awash with milk and there is still a lot of uncertainty ... it's still a positive result but we need to see more of these positive results before that's really going to help our farmers out," she said.