The government is forecasting lower surpluses than it previously estimated, despite expecting robust economic growth. 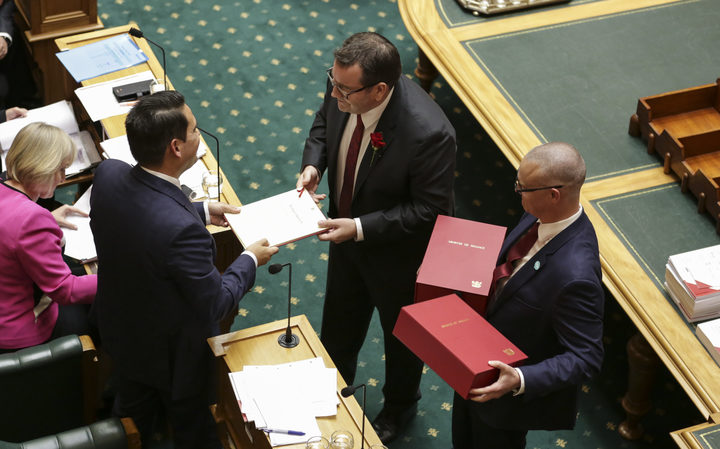 The economy is expected to grow at an average 3 percent over the next five years, underpinned by a rising population, low interest rates, increased government spending and a stronger global economy.

"This means we can inject much-needed investment into essential public services and pay down debt at a responsible rate."

The surpluses are smaller than predicted in December, due to a boost in new spending.

Operational spending remains at $2.8bn in the year ended 30 June 2019, but rises from $1.9bn to $2.4bnin the following three years, with more going to health, education and housing.

The total increase in operating and capital allowances will see net debt rise by $5.3bn.

Treasury is forecasting growth will rise from 2.8 percent in the June 2018 year to peak at 3.6 percent in late 2019, before easing back to 2.5 percent by 2022, due to rising interest rates and slowing jobs growth.

Higher government spending, such as the $5.5bn families package, and $2.1bn Kiwibuild programme, will support growth.

An additional 203,000 people are expected to be in work by 2022, although with population growth, unemployment will only edge down from its current rate of 4.4 percent to 4.1 percent. Wage growth is set to rise.

Inflation is to forecast to remain low for much of the period, and increase gradually to 2 percent.

Government spending will increase by nearly $17bn (20 percent) to $98 billion.

That means surpluses will more than double over the period to 2022.