The government has allocated an additional $15 million in the Budget for public broadcasting, but it is not clear where the new investment will go or when the public will see the benefits. 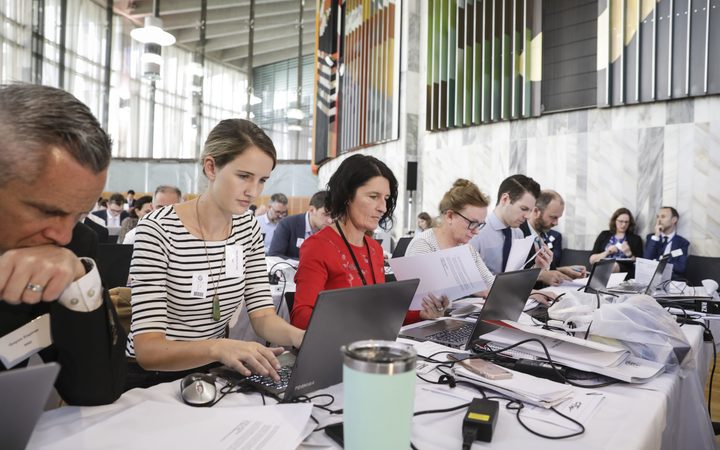 But it was a lot less than Labour’s pre-election promise of $38 million a year for RNZ and public broadcasting funding agency New Zealand On Air to deliver "quality New Zealand programming and journalism’".

Clare Curran was Labour's spokesperson on broadcasting and at the heart of the party's policy in opposition. Has she over promised and under-delivered now Labour is in power?

"Every minister in the government has had to make compromises on their policies. Not all the policies promised before the election have been delivered because we couldn't," she told Mediawatch.

'"There is a very strong expectation on me to come back with the right level of funding and I will have the resources to do that," she said.

After her appointement as the minister, Ms Curran had said the bulk of the funding would go to RNZ to create a fully multimedia platform to be called RNZ+. Controversially, Clare Curran said she wanted a full TV channel run by RNZ on Freeview.

The boss of major media company MediaWorks claimed it could wipe out his business and hired a lobbyist to talk her out of it. Fairfax NZ (now Stuff) chief executive Sinead Boucher questioned "piling more money into state-owned media".

After the Budget announcement, Lobby group Better Public Media said $15m was not enough to meet Labour’s commitments to expand RNZ and support investigative journalism in other media.

“Successfully re-establishing a commercial-free public channel cannot be done on the cheap."

He warned limited initial investment in RNZ+ risked not having the impact needed to justify further ministerial claims for future funding increases.

Ms Curran said there would be further funding in future Budgets. The finance minister Grant Robertson described it on Budget day as a "downpayment" on a more modern broadcasting system.

"I am a realist. There are other pressures on government money. The $15m allocation is still a significant investment for this sector and if we get a good share of that it will be significant for RNZ," he told Mediawatch.

Paul Thompson said he was "impatient" to find out what RNZ's share of the new money will be.

An advisory group set up by Ms Curran has yet to make recommendations as to how the additional $15m will be split between RNZ and New Zealand On Air (NZOA), which allocates public money to a range of media platforms on a contestable basis.

RNZ and NZ On Air pitched proposals for the funding to an advisory group on April 3.

Ms Curran said she will meet the advisory group soon and then get cabinet approval for the allocation with the next few weeks.

Ms Curran told Mediawatch she still wants a TV channel run by RNZ available on Freeview, but would not specify when it should be in air.

"How we get there is going to be determined by the work that is now going to be done on what the long-term needs are," she said.

"I would like to see a stronger audio-visual presence (at RNZ) but we have to work with what we've got," she said.

"I said at the beginning of this year people would see a difference in public by the end of the year and I still hold to that," she said.

Is RNZ keen on a new TV channnel?

"We see an audience opportunity in delivery of content on the big screen in the living room. We are open to that,"  said Mr Thompson.

"But I don't see it as the core of our plan, which is around much richer improved multi-media. It is very hard for me to talk about it without detail.  The minister is talking about a long-term aspiration. When that has some more detail around it we are absolutely ready to talk," he told Mediawatch.

Leaving the freeze behind

Top brass at RNZ and New Zealand on Air did not need to bother scanning the Budget too closely in recent years.

The former government told both in 2009 there would be no new funds for broadcasting for the foreseeable future. After that, they effectively gave up on even bidding for any more.

"I don't think there's anybody on this board who is going to go whingeing to the government asking for more money ... when people are in corridors in hospitals or Christchurch is literally crawling out of the rubble,” RNZ’s chair at the time, Richard Griffin, said in 2011. 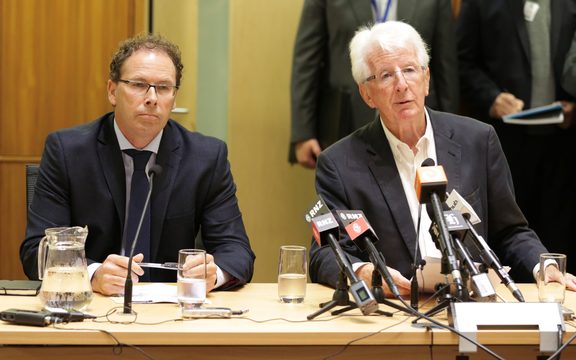 RNZ sold assets - including two grand pianos - and briefly explored the possibility of sponsorship and donations during the freeze. Reporting posts in Palmerston North, Tauranga and Queenstown were scrapped and offices closed.

In 2016, Mr Griffin said it was "pointless beating your head against a brick wall ... of reality," and that even preparing a plan to ask for more money cost money.

But the following year, the freeze eased for RNZ when the National-led government granted an increase of $2.84 million, bringing the broadcaster’s annual budget to $34.8m.

There was no such boost for NZOA though.

“Our annual purchasing power to fund content is now 21 percent lower than in 2010,” NZOA said in 2017. It has had around $95m a year in contestable funding for TV, radio and digital content in recent years.

But things changed when the government changed last year. 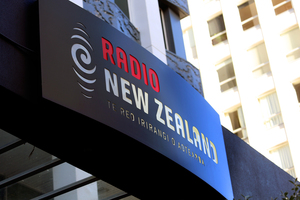 While the TV channel idea has been cast as Curran’s pet project in the media, it’s been Labour policy for at least four years.

“This station is likely be within Radio New Zealand,” Labour’s Kris Faafoi said ahead of the 2014 election.

Working groups would “look closely at the experiences of TVNZ6 and TVNZ7,” he said.

That was not a happy experience.

But when the money ran out in 2012, the channels died. The National-led government scrapped Labour’s TVNZ charter.

No state-owned broadcaster would sign up for a public TV channel again without a guarantee of substantial and sustained funding.

TV costs a lot more to make than radio or online content.

Māori Television now receives around $33m in direct public funding, and many of its key programmes are paid for through the publicly-funded agency Te Mangai Paho.

Staff who have not had a significant pay rise in years will also push for an increase.