The two people whose bodies were still unrecovered after the eruption at Whakaari have been confirmed dead by the Chief Coroner. 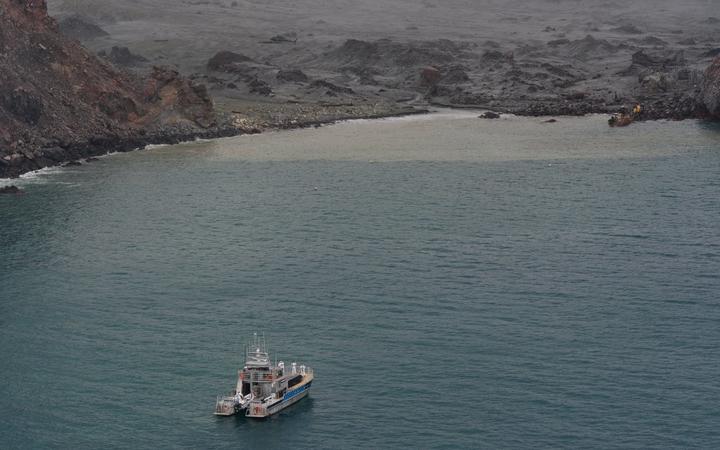 The Whakaari / White Island mission to recover bodies of the victims whose bodies remained on the island after the eruption. Two of the bodies were never recovered. Photo: NZDF

The announcement brings the official death toll from the eruption on 9 December to 20 people.

Several died of their injuries after being rescued from the island.

At the time of the eruption, 47 people were on the island including 38 cruise ship passengers.

The two bodies that were not recovered were those of Hayden Marshall-Inman, a New Zealander who was one of the White Island Tours guides, and 17-year-old Australian tourist Winona Langford.

Police searched for their bodies for weeks but were unable to recover them.

Marshall-Inman was believed to have returned to the island from a boat, perhaps to rescue those still there. His brother Mark said there were footsteps showing he went back.

Langford's mother and father also died from the eruption, though her brother Jesse survived.

GNS Science yesterday said magma had risen to the surface of the volcano's crater, although the likelihood of an eruption had not increased.

As recently as 10 days ago, 13 people were still in New Zealand hospitals with injuries sustained in the eruption, four in a critical condition.