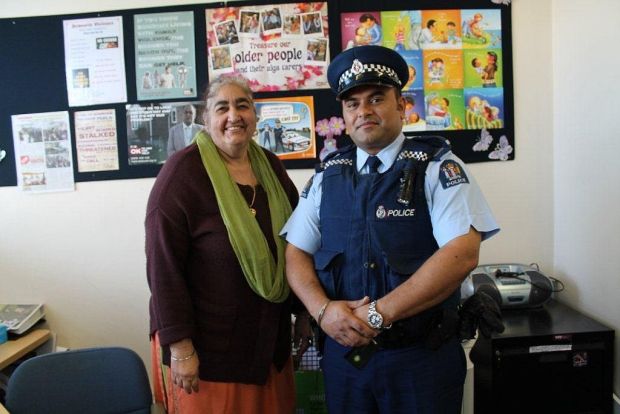 Domestic violence affects every community in our country no matter what ethnicity, culture or gender. But what about men from our new migrant communities? Men who might be struggling not to be emasculated by the radical changes of social environment in New Zealand, these men will need support services too.

Across the road from the Otahuhu Police Station, Sergeant Gurpreet Arora is introducing me to an agency that he frequently works with; The NZ Sikh Women's Association. This NGO association is based in Otahuhu and provides specialised support and counseling for migrant families experiencing domestic violence.

Jit Kaur and her co-workers greet Sergeant Arora with jovial familiarity and immediately offer us a cup of tea. They see a lot of each other as part of their jobs. Sergeant Arora has been one of the Asian Liaison Police Officers serving the community for the last eight years and there's plenty of respect shared between them. This strident bunch of women are viewed as big-hearted Aunties doing great work for all new migrant families in the community.

Jit Kaur and Sergeant Arora both agree that it's not just the women and children suffering family violence, there's elderly abuse too but there's much more reportage and that's a great sign, because it means our ethnic minority communities are overcoming the stigma of shame associated with family violence. This has been a huge barrier in the past, resulting in tragedies.

"Over the past few years now the community is coming up - they're picking up the phone to dial 111, which they never did before" Jit Kaur tells me. "The Asian community have not been very open about these issues in the past. Before we founded the NZSWA, victims would say there was no where they could go and no-one they could talk to."

How and why did the association came about?

2002 was a shocking year for the ethnic communities in Manukau Counties. It was the year that saw three murders related to domestic violence in the Auckland region within their communities. A strong advocate for the services and food workers union, Jit Kaur was already an outspoken social activist. She was asked by Former prime minister and friend Helen Clark asked to create the organisation after a murder-suicide involving an Indian mother and her child in South Auckland.

It was this tragic loss of life that prompted Jit Kaur and others to found this inaugural association, to provide comprehensive counseling services, education and refuge for stressed out new migrant families in the region.

"It's very hard for a mother when she sees her daughter in this situation. She is good now." 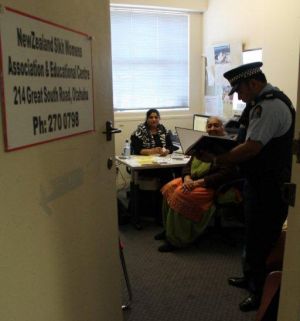 Sikh Women's Association deals with about 15 new cases a week through police and court referrals or drop-ins.

"We do get men suffering abuse as well, not just women. We support men as well. We get a lot of referrals from the temples now, not just the police. They [the temples] know that we exist, we're like a one-stop shop. They know they can rely on us. We will do a good job. I see a lot of our clients at the temple every week but we keep their confidentiality, we won't say anything, We work with a lot of other organisations, Maori, Tongan ..." Jit Kaur says.

"Sometimes we have family group advocacy sessions, we provide a wide range of support services, including education." chips in colleague and Social Worker Ranbir.

"Our community leaders are very well educated now,  the Gurdwaras (temples) have changed from when we first founded to now. When we were first founded they thought we were breaking families up - they saw us as home breakers - but that's changed. They understand that we try to reintegrate the family back into the wider community, to overcome social isolation and the temples are referring families on to the police or to us for help now." Says Jit Kaur.

A possible name change for their organisation to embrace all the ethnic minority communities in Manukau Counties. Jit Kaur has big plans to expand from their current staff of four social-workers and part-time volunteers to include a full-time male social-worker and a live-in safe-house or refuge for survivors of violence.

Sergeant Gurpreet Arora says their organisation is a vital link between struggling families and getting the help they need. "It's a matter of us, Manukau Counties Police to work in partnership with the NZ Sikh Women's Association to address the issue of family violence in our community. To keep up the good work." 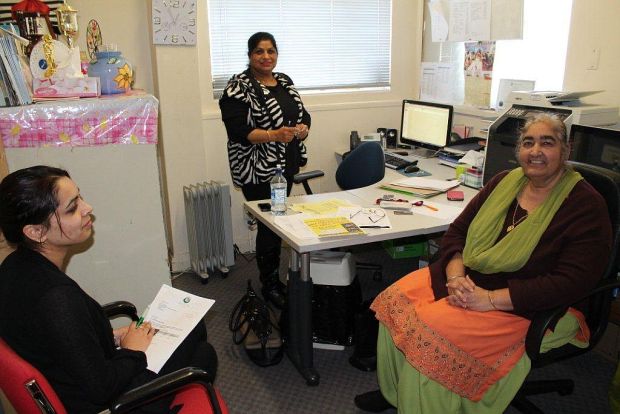