Dr Chris Smith with news of a discovery that the most deadly creature on the planet uses insulin as a weapon of mass destruction. Also scientists use technology to uncover the secrets contained in 2,000 year old scorched scrolls.

There's nothing quite the like the smell of rain on earth, and now scientists think they've discovered the secret of what makes it smell so good.

Using super slow motion cameras, a team at the Massachusetts Institute of Technology studied how raindrops behave when they hit various porous surfaces. They observed an 'aerosol effect' with the raindrops releasing tiny droplets of liquid that quickly evaporate to disperse an aroma.

An assistant professor of mechanical engineering at MIT, Cullen R. Buie, told This Way Up's Simon Morton that although it's a well known phenomenon, nobody has really studied it before. "The speed of the rainfall, the type of soil, all of these things have an effect on this phenomenon", he said.

Future work aims to look at the process from a slightly different perspective, to see how effectively it transports not just smells but also bacteria and viruses into the sky. "This could be a mechanism that leads to the transfer of chemicals and biological species form the soil to the air." 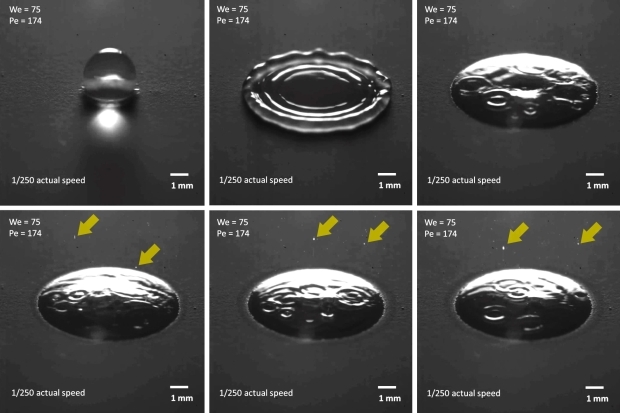 Tech news with Peter Griffin; Uber the taxi app, peer-to-peer lending, and why Google has invested a billion dollars in space exploration. 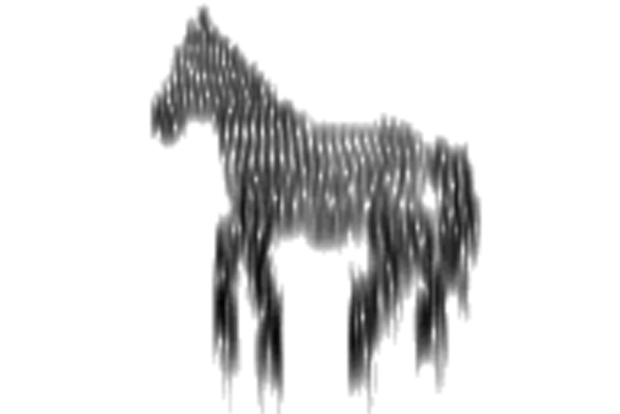 Spectrogram of a one second soundscape that was generated by The vOICe. Image by Peter Meijer..

Peter Meijer's vOICe takes images captured by a camera in a visor and translates these into sounds played to the user via headphones. 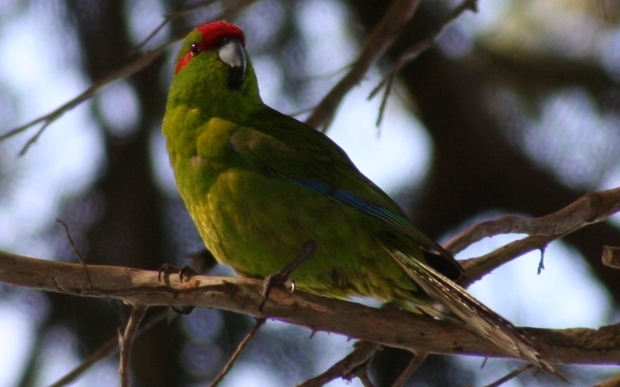 The kakariki, or New Zealand parakeet, with Hugh Robertson. 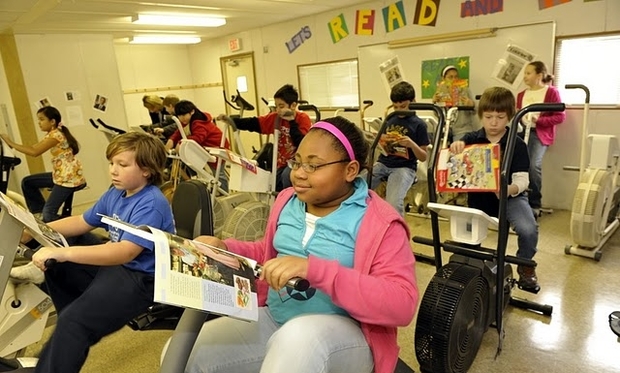 Whatever science says about the benefits of standing over sitting, the average school day still revolves around pupils spending lots of time sat on their bottoms.

Now, some schools are wondering if there could be a better way and have started using everything from Swiss balls to standing desks to get school children moving around and more active.

That's the idea behind Read and Ride, a reading programme that encourages children to sit and pedal on pre-loved, unused exercise bikes while they read.

Scott Ertl is a school counsellor based in North Carolina who's also the national Program Coordinator for the Read and Ride program. He told This Way Up's Simon Morton that, in addition to the health benefits of moving around more, he's convinced that reading skills and learning improves when they become more active.

Designer Nils Chudy's Miito kettle can boil exactly as much water as you need so no more wasted power.