The Free Store is a project that seems to have found a radical solution to the problem of food waste; hungry people!

It's a non-profit organisation with a team of more than 100 volunteers collecting food from 30 cafes in Wellington, and then redistributing this to people in need from its home in a 20 foot shipping container.

From this one location, using food that would otherwise be destined for the bin, it's on track to hand out 65,000 food items to 12,000 people over the course of one year.

This Way Up's Simon Morton spoke to Benjamin Johnson at the Free Store and met the team of volunteers and cafes that makes it happen, as well some of the people using the service.

Peter Griffin reviews the cyber attack on Sony Pictures that led to the cancellation of the film 'The Interview'. Also Spark, Vodafone and Telstra will fund another trans-Tasman undersea internet cable.

Peter Griffin reviews the cyber attack on Sony Pictures that led to the cancellation of the film 'The Interview'. Also Spark, Vodafone and Telstra will fund another trans-Tasman undersea internet cable. 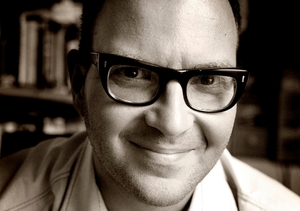 Copyright law has been around for centuries.

In his new book Information Doesn't Want to Be Free the writer and internet activist Cory Doctorow says that 500 years ago churches in Europe were arguing over who could copy the Bible, and how it could be used.

The debate over how much intellectual property protection the creators of original artistic works (including writing, paintings, films and video games) should enjoy is still raging today.

In his book, Mr Doctorow argues that modern copyright law and the distribution structure that has grown up to support it, is no longer fit for purpose in the digital age.

He claims that the routine use of copyright take down notices and so-called 'three strikes' legislation (denying internet access to users accused of alleged copyright infringement) can be used by businesses and governments to silence criticism, or suppress other material they might find embarrassing.

Meanwhile, it's not all doom for content creators. In an interview with This Way Up's Simon Morton, Mr Doctorow uses the example of musicians Amanda Palmer and Trent Reznor, the writer Hugh Howey and the American singer-songwriter Jonathan Coulton as people using the internet to gain and retain more control over their work.

Meanwhile, drawing on his own experiences as a popular writer and co-editor of the Boing Boing blog Mr Doctorow has the following advice.

"You should be crafting your strategy around the idea that your readers can and always will be able to choose whether or not they are going to pay for your works.So you should be figuring out how to ensure that the largest number of people who might pay read your books, as opposed to ensuring that everyone who reads your books pays you. I think that that's a losing proposition."

Cory Doctorow's Information Doesn't Want to Be Free: Laws for the Internet Age is published by McSweeney's.

On the hunt for the spotted shag with bird expert Hugh Robertson.

Tracy McVeigh on a proposed UK law to make big companies publish what they pay their male and female workers; a first step to abolishing gender pay inequality perhaps?

Tracy McVeigh on a proposed UK law to make big companies publish what they pay their male and female workers; a first step to abolishing gender pay inequality perhaps?

We speak to professional cuddler Samantha Hess. She's opened a cuddling shop in Portland in Oregon and is being deluged with enquiries