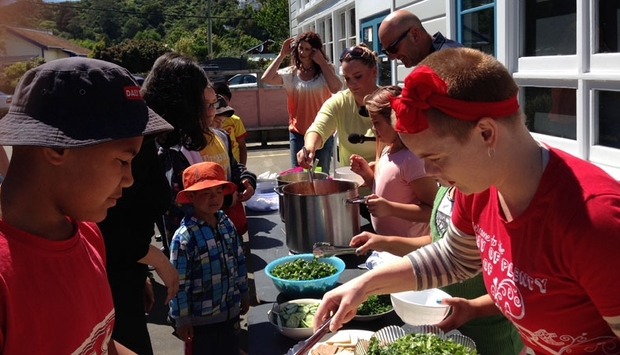 There are more than 100 farmers, all aged under 10, growing food for themselves at Epuni Primary School.

These children and their families are part of the Common Unity Project Aotearoa, an urban farm project which grows food and skills in the community.

Set up in 2012, an old football pitch has been transformed into a thriving vegetable garden and orchard. Every Wednesday children and parents meet up to cook a tasty lunch from food grown in the garden and donated food: all at a cost of about 10 cents per head!

This Way Up's Simon Morton visited the Koha Kitchen at Epuni Primary School to meet the project co-ordinator, Julia Milne, the children and their families.

We head to a downtown electronics retailer with Peter Griffin to see what's changed in 2014 in the world of technology; from Bluetooth headphones to 4k TVs. 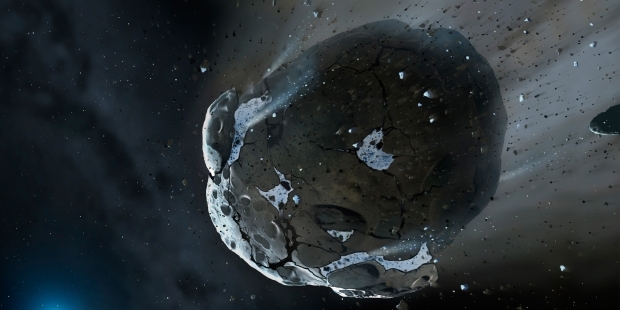 Scientists have created the chemical building blocks of DNA in a dish, using a laser to simulate asteroid and comet impacts on the early Earth.

Dr Chris Smith from the Naked Scientists told This Way Up's Simon Morton that about 4 billion years ago, the Earth experienced a 150 million year battering called the Late Heavy Bombardment. Up to one billion tonnes of material per year crashed into the planet from space at speeds of up to 20 kilometres per second.

A Czech Academy of Sciences researcher Martin Ferus and his colleagues has recreated these intense conditions using blasts from a powerful iodine laser.

This produced a flurry of chemical reactions as molecules were ripped apart and then recombined in new ways. The result was a mixture that included three of the four genetic letters found in DNA and all four of the genetic letters found in its chemically simpler cousin, RNA. This is thought to be the first form of genetic material to have existed on Earth.

Despite some criticism of the work, Dr Smith says it could help to solve one of science's great unsolved mysteries: did the crucial chemicals that kick-started life on Earth arrive from space, or were they generated here?

"This lends enormous credibility to the idea that you could have formed the molecules of life early on...because the conditions, the high temperatures of 4000 degrees plus when these comets would have hit the surface of the earth, were enough to drive these sorts of chemical reactions and make these very complicated chemicals."

How We Got to Now

Steven Johnson writes a history of ideas and innovation in his book 'How We Got to Now' where he explores how many of the technologies that surround us have quite bizarre and unexpected back-stories.

One of Johnson's favorite discoveries is glass, which Johnson suggests has influenced many aspects of human development - not just through drinking glasses and windows, but telescopes, medical equipment, mirrors which then influenced art, and the light bulb.

He also talks about how air conditioning contributed to Ronald Regan's election as US president, Alexander Graham Bell's expectations for the telephone, and Thomas Edison's for the phonograph.

Steven Johnson talks to Simon Morton about how we got to now. 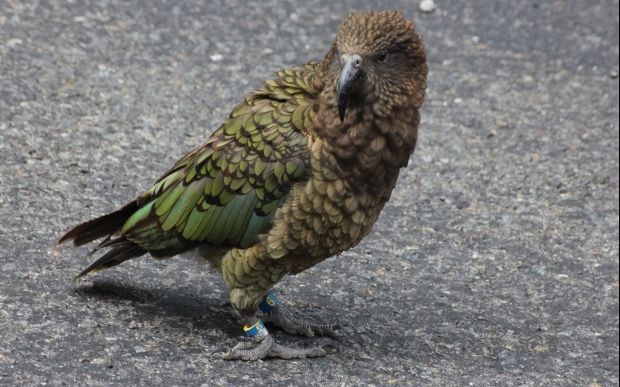 Tamsin Orr-Walker is the chair of the Kea Conservation Trust which is launching a smartphone app to track the endangered South Island parrot, the kea.

Insects, especially ants, are chomping through tons of food waste in our towns and cities, saving lots of money on rubbish collections. Elsa Youngsteadt, an entomologist from North Carolina State University, worked on the study.