'The Shrink Next Door': meet the neighbours 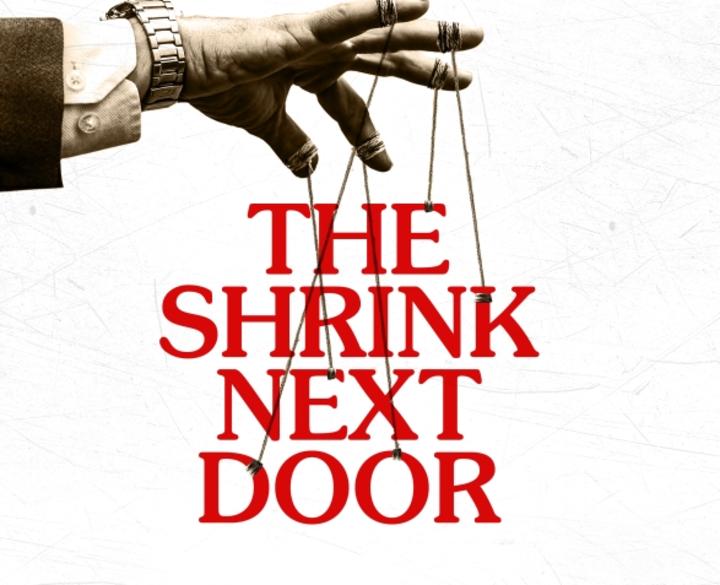 The Shrink Next Door logo Photo: (Supplied by Wondery)

Doctor: patient, lawyer: client- there are some special relationships where we trust a professional to do the right thing and to act in our best interests at all times.

The relationship between a psychiatrist and the person going to see them shouldn't be any different. But as 'The Shrink Next Door' shows, things can go badly wrong when we turn to the wrong person for help.

It's an odd, intriguing case of mistaken identity, psychological manipulation, fraud, and a publicity hungry shrink that stretches back nearly 30 years.

We share some of Part 1 of 'The Shrink Next Door' called 'Welcome To The Neighbourhood' written and presented by Joe Nocera and produced by Wondery in partnership with Bloomberg.

Improvising interviews: 'Inside The Comedian'

Inside the Comedian logo Photo: Supplied

Do you ever hear those celebrity interviews that sound a little bit forced and scripted, like they're trotting out the same old answers to questions they've heard a hundred times before?

If so, try a dose of 'Inside The Comedian' with David Reed. It's an interview show with a refreshing difference: the host and the guests all ad lib and make up the questions and the answers on the fly!

David's a comedian himself and you can sometimes hear him throw a guest with a particularly bizarre question, then listen as they scrabble to recover. And these improvised conversations, most of them recorded in front of a live audience, can take some seriously surreal twists.

We play extracts from two episodes of 'Inside The Comedian' featuring Max and Ivan and John Finnemore,hosted by David Reed and produced by Ed Morrish. And if you want to listen to a few more episodes, try the ones with Miles Jupp, Cariad Lloyd, Josie Lawrence and Kevin Eldon for starters.

A new locally produced true crime show- made by a husband and wife team in their spare time- has been rising up the New Zealand podcast charts to appear alongside big names like Joe Rogan, Stuff You Should Know, and The Daily.

We speak to Sirius Rust (not his real name) who thought that success would be getting just a few listeners. The other interesting thing's the way the show's been responding to its sometimes less than flattering reviews.

We play short excerpts from True Crime New Zealand episodes featuring the stories of Minnie Dean, and the 1954 Parker-Hulme murder. And if the style sounds a little bit familiar, it's been inspired by another show we've featured on The Podcast Hour before; Casefile- a true crime show narrated by a deadpan, almost monotone, Australian narrator who keeps his true identity secret. 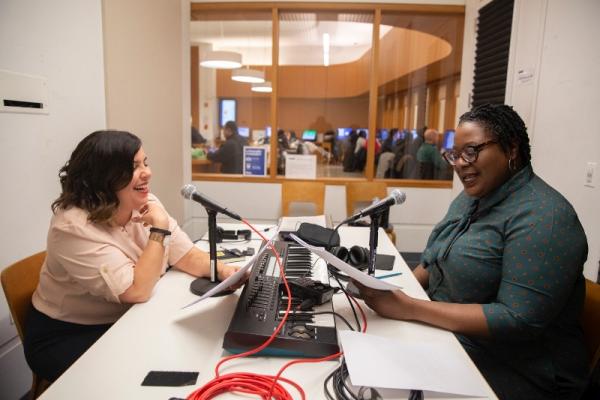 The hosts of Borrowed recording a show (Supplied) Photo: Supplied

'Borrowed' from Brooklyn Public Library in New York shares the stories happening between the shelves that hold the more than 4 million books in its collection.

Like any good library it has reading recommendations, but it's not all about the books!

Recorded in the library's own recording studio that you can book with your library card, 'Borrowed' also celebrates the other things libraries do for their communities...like helping to record and archive local history.

We play some of an episode of Borrowed called 'Oil Spills and Moldy Paper' hosted by Krissa Corbett Cavouras and Felice Belle, and thanks to the show's writer and producer Virginia Marshall for helping us share that with you.

Featuring 'The Shrink Next Door', 'Inside The Comedian with David Reed', 'True Crime New Zealand' and 'Borrowed'.