The well-known author and popular podcaster, Malcolm Gladwell, wrote bestsellers like 'The Tipping Point' and 'Outliers', before starting his popular podcast 'Revisionist History' back in 2016.

Now entering its fourth season, listen to a few episodes and you'll soon notice Gladwell's pithy prose and his eye (and ear!) for a good story as he challenges orthodox wisdom about past events, historical figures...even a song.

Important to all of this is the belief that sometimes the best stories are found in the most unlikely of places; in the forgotten footnotes and the margins of our history books, or in obscure academic journals.

We share clips from two episodes of 'Revisionist History' (Pushkin Industries). 'Divide and Conquer' tells the story of how a single punctuation mark could have changed the course of US history. And in 'Analysis, Parapraxis, Elvis', Gladwell plays musical detective, enlisting the help of the musician Jack White to understand why Elvis Presley kept botching the lyrics to one of his most famous songs.

Learning from animals: '30 Animals That Made Us Smarter'

From designing better camouflage to making quieter trains, we humans can learn lots from the animal kingdom. This growing area of research- called biomimicry- is explored in a BBC series called '30 Animals That Made Us Smarter'.

We play some of an episode looking at how the woodpecker's inspiring us to design better bike helmets and black box flight recorders.

And we speak to producer Sarah Blunt about what it is about biomimicry that first inspired her to make a podcast about it. '30 Animals That Made Us Smarter' is presented by Patrick Aryee for the BBC World Service. 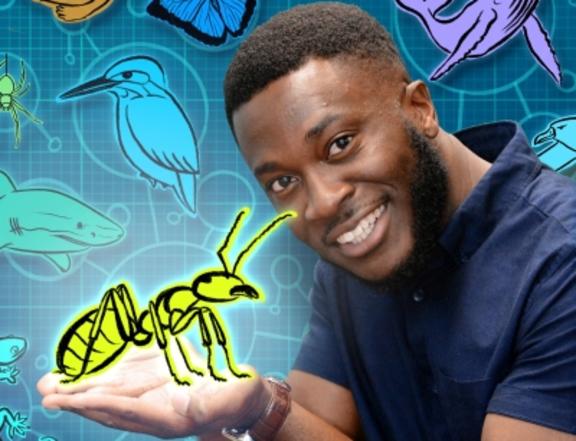 Imagine your brain as a very soft lump of raw meat sitting inside your skull.(sorry I can't think of a good vegetarian option at the moment!) And each time your head gets hit or punched there's a risk your brain gets damaged by rebounding against your skull, or by getting twisted and torn as it shifts back and forth and sideways.

That's one of the powerful images presented in 'The Beautiful Brain', a series about the brain and how it gets affected by the sports we play. And it also looks at how sports like American Football and rugby are responding to these risks.

The show focuses on the degenerative brain condition called CTE (short for chronic traumatic encephalopathy) which shows up in an increased risk of dementia, problems with memory, depression, aggression and personality changes. And once you have it, there's no treatment: no cure.

We play some of Episode 2 of 'The Beautiful Brain' called 'An Inconvenient Truth' featuring interviews with Dr Bennett Omalu, the man who made the breakthrough linking CTE to repeated blows to the head in sport back in 2002, and Ann McKee the director of Boston University's CTE Center. 'The Beautiful Brain' is produced and narrated by Hana Walker-Brown, and is available exclusively via Audible.

Music, creation, fandom: 'I Only Listen To The Mountain Goats'

I Only Listen to The Mountain Goats logo Photo: (Credit Rob Wilson)

For a long time The Mountain Goats were just a one man band; the singer and songwriter John Darnielle started recording songs at home in the Nineties then released them on cassette tape or 7 inch vinyl.

Now The Mountain Goats have other members, they record their albums in a proper studio, tour the world, and have built up a very loyal fanbase. Among them is the writer and podcaster Joseph Fink whose long-running audio series 'Welcome to Night Vale' imagines life in the very strange desert town of Night Vale, through news reports, announcements and ads on the local radio station.

Putting Fink and Darnielle- two quirky creators- together to mull over music, life, the creative process, and an old Mountain Goats' album song by song, doesn't exactly sound like a recipe for mainstream success. But their show 'I Only Listen To The Mountain Goats' has been called one of best podcasts of 2018, and has won over lots of listeners.

In the first season, fanboy Fink geeked out about the Mountain Goats' 2002 album 'All Hail West Texas' with Darnielle giving insights into how he wrote these songs, and his experiences along the way. And in many episodes a musical guest joins them to do a cover version of the song they've been talking about. You don't have to be a Mountain Goats fan to enjoy it, and the two have an honest, easy rapport as they open up about life, and their work.

Season Two started recently and it was all recorded last year while Darnielle was still putting together The Mountain Goats' latest album, 'In League With Dragons'. So the pair riff about the whole process of releasing music into the world while this is actually happening.

We share some of an episode where they're joined by another podcaster, PJ Vogt, one of the hosts of the popular tech show, Reply All. 'I Only Listen To The Mountain Goats' is a production of Night Vale Presents with Merge Records. Hosted by Joseph Fink and John Darnielle, produced by Christy Gressman, edited by Grant Stewart, and mixed by Vincent Caccione.

'Revisionist History' challenges conventional wisdom. Then what humans can learn from the animal kingdom in '30 Animals That Made Us Smarter', 'The Beautiful Brain' investigates the link between head injuries and sport and music, fandom, and the creative process is explored in 'I Only Listen To The Mountain Goats'.