The Podcast Hour for Saturday 6 July 2019 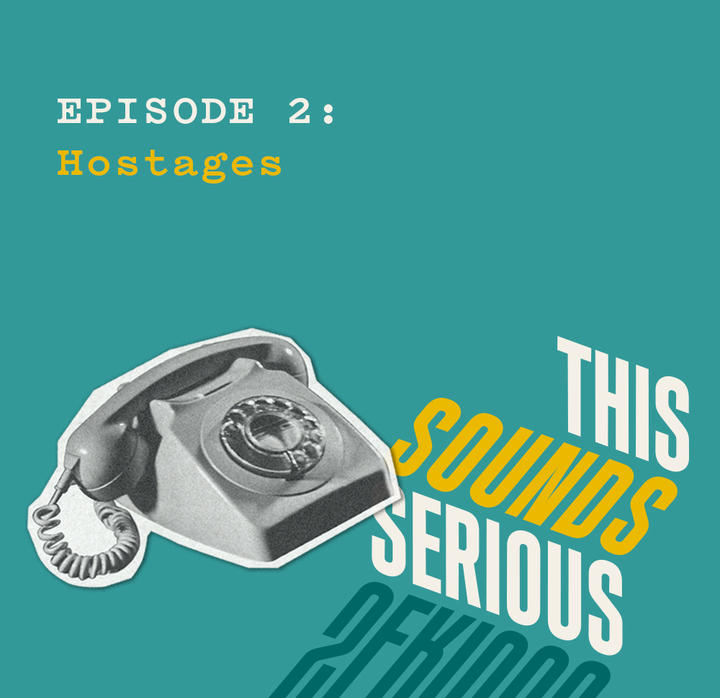 'This Sounds Serious' is a true crime parody, a comedy fiction show sending up the genre and its conventions in a similar way to The Onion's 'A Very Fatal Murder', and the Netflix series 'American Vandal'.

The plot revolves around host Gwen Radford's fascination with listening in on 911 calls as the starting point of stories to cover. In 'Missing Melissa', Gwen finds herself on the trail of America's most missing person: Melissa Turner's a 28-year-old from Idaho who goes AWOL so often she's earned the nickname 'Mel-issing'.

Every other time it's happened she's shown up unharmed, but with Melissa going walkabout yet again there are fears that this time something sinister might have happened to her.

And new information comes to light when an armed man walks into a bank claiming that Melissa has been killed by the town's mayor, and demanding to speak to the local pizzeria operator, Papa Don.

Cue the longest hostage standoff in Oregon (and perhaps US?) history and if you want to listen to more of 'This Sounds Serious' and subscribe you can find it on Castbox, or wherever you get your podcasts.

'Extremities': taking you to the world's most isolated places

With 50 people, 75 buildings, and an occasionally dark past, Pitcairn Island's about as isolated as it's possible to get on Earth; more than 5,500 kilometres from New Zealand and just about slap bang in the middle of the South Pacific Ocean.

A new show called 'Extremities' finds out what it's like to live in some of earth's most remote and extreme settlements. And Pitcairn- this tiny British Overseas Territory with close ties to New Zealand- is the show's first stop.

Host Sam Denby outlines the hideous 6 day journey from the UK to visit this other part of the UK, and explores the island's history, what you'll find there, and its convoluted constitutional arrangements.

We play some of Episode 1 of 'Extremities' called 'Arrival on Pitcairn' hosted by Sam Denby, written and produced by P.J. Scott-Blankenship and Sam Denby, and edited by Eric Schneider for Wendover Productions.

Screen time struggles: 'Parental As Anything'

How to manage screen time is a delicate topic in many households: like how much is too much? Are some screen-based activities better than others? And how can parents make sure they stick to the rules themselves, and don't end up looking like total hypocrites!?

The ABC's 'Parental As Anything' tries to find some helpful tips and solutions to everyday parenting dilemmas; stuff like how to build up resilience, how to help with the homework, and just how many after-school activities is too much.

And with research suggesting that children in Australia are spending 8 hours every day in front of a screen,the show's host, parenting educator Maggie Dent, asks digital well being expert Dr Kristy Goodwin to tackle some of the challenges of raising kids in the digital age on the ABC's 'Parental As Anything', And the show's produced by Kim Lester, with sound engineering from Anne-Marie Debettencor, and production support from Jane Curtis.

Reviewing every Black film ever: 'The Micheaux Mission'

Robert Monroe emailed us at pods@rnz.co.nz to tell us about one of his favorite podcasts, "The Micheaux Mission".

The show's name comes from the pioneering African-American filmmaker Oscar Micheaux and in it hosts Len Webb and Vince Williams are on a mission to watch and review every single Black film ever made. They're funny and friendly and inclusive, and if you haven't seen a lot of these films before, well all the better!

Starting with the 1974 film 'Uptown Saturday Night' they've so far made 164 pit stops at mainstream hits like The Color Purple, Candyman, and Purple Rain, as well as many titles that won't be so familiar...neglected movies the hosts are rediscovering for a modern audience.

The 1991 independent film 'Daughters Of The Dust' falls firmly into this latter category. Written, directed and produced by Julie Dash, it's set on an island off the coast of South Carolina in 1902. And according to Len and Vince it's overdue for a reappraisal.

We play some of 'The Micheaux Mission' episode about the film 'Daughters Of The Dust', hosted by Len Webb and Vince Williams. Finally, a few more episodes to get you started: Vince and Len suggested the ones on 'Nothing But A Man' and the 1977 movie 'Which Way Is Up?' , and Robert enjoyed a more recent one about 'If Beale Street Could Talk'.

A true crime parody in 'This Sounds Serious', 'Extremities' takes you to the world's most isolated places. Solving screen time struggles in the ABC's 'Parental As Anything', and reviewing every Black film ever made in 'The Micheaux Mission'.