Only a select few visit the distant Hawaiian island group, Papahanaumokuakea. It's a massive but remote conservation area, covering ten islands and almost one million square kilometres of the Pacific.

Nathan and Alana Eagle recorded their visit there for the podcast 'Offshore'.

And I didn't just enjoy it for the great bird audio, and the interviews with the dedicated conservation workers when they got there. I loved hearing about all the preparations they had to make before their trip (including freezing a complete set of new clothes!) .

We share some of the episode 'Our Journey To The Last Wild Place' from the 'Offshore' podcast produced by Jessica Terrell and April Estrellon with field reporters Nathan and Alana Eagle. And that show's produced by Honolulu Civil Beat, a nonprofit community-supported news organisation.

Next time you have a trivial disagreement about something don't just bicker and squabble about it, have it properly decided by a Minor Television Personality and self-certified 'fake internet judge'!

That's the compelling appeal of 'Judge John Hodgman', a long-running show that involves the actor and writer John Hodgman adjudicating on real-life disputes that tend towards the minor and the mundane. So, how should you fold socks? How many birthday-related events are too many? And is it ever OK to leave the dinner table before meal completion if you live with a particularly slow eater?!

The props and the pomp of courtroom procedure- the sound of the gavel, the production of affidavits and evidence, the citing of precedents, and the pronouncements of regular court bailiff Jesse Thorn- are nicely undercut by the trivial nature of the disagreements themselves.

And the judge's quick-witted remarks and his off-the-cuff logic sometimes, just sometimes, make you feel that you might have heard something approaching justice.

Certainly the idea and the format's proved to be a winner- with 422 episodes and counting, spread over nearly 9 years. Meanwhile, the judge also settles disputes in a weekly column in The New York Times Magazine.

In 'Open House Arrest' (produced by Jennifer Marmor for Maximum Fun), Eric is doing something in Blockchain- nobody quite seems to know what!- but he's been sharing as many as 5 online real estate listings a day with long-suffering girlfriend Elena. Even worse, he drags her off to meet with real estate agents every time they go away on holiday! Elena has imposed a shared listings ban that Eric would like lifted so they can plan for a life together.

It certainly wasn't all powdered wigs and harpsichord recitals for genteel society! And speaking of powdered wigs (as you so often do!), how did one of those end up in the place of Haydn's head in his coffin after his funeral?

We share some of 'Haydn's Missing Head' from the 'Case Notes' podcast hosted by Tim Lihoreau for Classic FM. 'Case Notes' recently won the award for Best True Crime podcast at the British Podcast Awards.

Digital downsizing? The 'Outside' podcast

Instant messages, photos, entertainment, maps, games, calendars, emails, social media...even if you worry about using your smartphone too much, the idea of simply unplugging or ditching it altogether just isn't an option for most of us.

So how can we strike the right balance between our tech usage and important stuff like interacting with our family, friends and the world around us when we're not looking at a screen? It's a topic the 'Outside' podcast gets into in a new 4-part series called The Nature Cure. 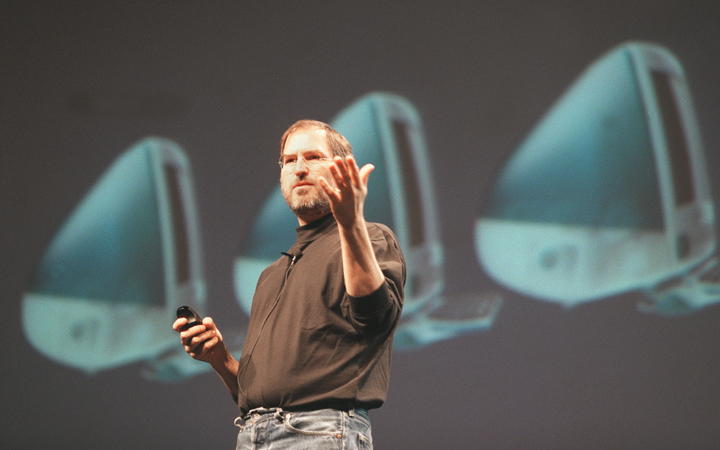 In the first episode Outside's editor Christopher Keyes speaks to digital minimalist Cal Newport, who wants us to radically reimagine our relationship with technology.

It's a lifestyle Newport calls 'digital minimalism' and it's the opposite of the impulse that makes us want to sign up to all those shiny new apps and services, in the hope that one day we might actually get value from them.

Newport told Keyes our initial “exuberance” for tech is fading as we re-balance priorities.

“So smartphones were exciting, I mean this is a really interesting piece of technology, Web 2.0 that was exciting, right? This is a new piece of technology. And whenever we have new technology enter the scene, there tends to be a period of exuberance about 10 years or so, which people just embrace lots of different things.

“I think it's telling that we're about 10 years out from the introduction of the iPhone, so as we hit this sort of magic 10 year period, the exuberance begins to wear off and we begin to become more wary about the consequences of that maximalism.”

Newport believes we naturally progress to a more realistic relationship with technology.

“We move past that initial naive response and start thinking more critically, because people are beginning to see the trade-off. Wait a second all these things, which are sort of vaguely promising to maybe important in high tech, are very concretely keeping me away from things that I know for sure are very important, for my career, very important for my life.”

He has recently written an op ed in The New York Times saying that Steve Jobs’ vision for the iPhone is not what it has become.

“The iPhone as originally promoted, was a much more minimalist tool. Steve Jobs saw this as a way to be a better phone than had ever existed before, to be a better music player than had ever existed before, and to combine them into one object, because it seemed to him quite inelegant that you would carry, let's say an iPod next to your Nokia both in the same pocket.”

The iPhone was never intended as the time-eating monster it has become, Newport says.

When the social media giants Facebook and Twitter moved to their IPOs in the mid-noughties that things changed, he says. That’s when their focus shifted to mobile.

“The great shift that they did, and this was a brilliant business move, is that they transformed the social media experience.

“So it was no longer about you post things, your friends post things, and you read each other's posts; they shifted it from that to there is a constant incoming stream of social approval indicators.”

Those indicators were functions such as ‘like’ buttons favourites, re-tweets and auto-tags – a quite deliberate strategy to put a gaming machine in your pocket, he says.

A Silicon Valley developer, Tristan Harris, was the first to go public with the tech giants’ use of Las Vegas techniques.

“He knew that there was research that made its way to Silicon Valley from Las Vegas, where they had found out the optimal reinforcement schedules for electronic slot machines.

“And so he famously called it a slot machine and confirmed there was a ‘slot machine in your pocket’ and made it clear that that metaphor is actually somewhat literal.

“He was really one of the first whistle blowers to come out of Silicon Valley and say, you're not using your phone so much because you're lazy, or because you're easily distractible, we are spending hundreds of millions of dollars to make sure that that's the inevitable outcome.”

'The Radically Simple Digital Diet We All Need' from the 'Outside' podcast hosted by Peter Frick-Wright and produced by Michael Roberts and Robbie Carver.

You can find the Outside Podcast on Apple Podcasts, Stitcher and wherever you get your podcasts.

Visiting a threatened Hawaiian ecosystem in 'Offshore', 'Judge John Hodgman' litigates domestic squabbles, classical music mysteries are uncovered in 'Case Notes', and the 'Outside' podcast considers what a healthy relationship with technology could look like.