Every Friday, selected students from five East Coast schools travel to the Eastern Institute of Technology (E.I.T) Tairāwhiti in Gisborne to take part in a Training Academy, some students travel up to three hours one way. One such school is Tolaga Bay Area School. The academy was a finalist at this year’s Prime Ministers Awards, Justine visits the school to talk about the school’s achievements with Principal, Nori Parata. 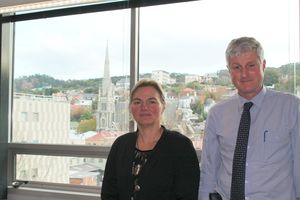 Enoka Murphy has many philosophies when it comes to Te Reo Māori. He wants people to speak it all the time, and to never feel like you have to put the language in your ‘back pocket’. Given it’s an election year, Justine Murray asks Enoka what the incoming government needs to do to support the language. Despite following politics in detail, Enoka admits he has never actually voted, he explains his reasons with Justine Murray.