“Let the Māori language be accurate, let it fly and let it be Māori"

Nick Tupara trained at Toihoukura The School of Māori Visual Art and Design at Gisborne, his background is in carving but after some encouragement from his peers he decided to practise Taa Moko, he’s worked as a Taa Moko practitioner for twenty years.  A few months ago Nick opened Tupara,  his downtown store in Gisborne a whanau operated business that sells a range of māori art by local artists, Justine Murray visits the store and chats with Nick about his plans of diversifying the business. 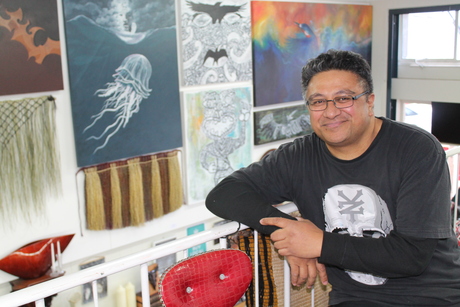 Waiata featured: ‘Born of Greatness’ performed by WVVLC from their album Waitahanui WVVLC (2003 )and ‘I nga wa o mua Taumaha ai’ performed by Ria Hall from the album Tipi Haere to Reo (2010).