‘Do not let shyness overcome you’

Nga Reo o te Whenua – Voices of the Land is a documentary about Dr Richard Nunns who has dedicated the last thirty years of revitalising Tāonga Pūoro (traditional māori instruments).The multi-layered documentary has Dr Richard Nunns and Horomona Horo visit breath-taking locations across the South Island, including Ngarua Caves at Takaka Hill. Dr Nunns sheds light on the connection between the sounds of the instruments and that of the landscape. Director Dr Paul Wolframm shares the experience of filming the documentary with Justine Murray.

He may be well retired now but composer Keith Southern is still arranging and publishing music, even getting the old royalty cheque now and then. KSP productions is Keith’s music publishing business that he decided to  set up one day after talking with his friend the late Whanganui composer Morvin Simon (1944-2014). At forty years old Keith left England and headed to Aotearoa. For the past four decades Keith has arranged and produced māori music, he talks about his colourful career. 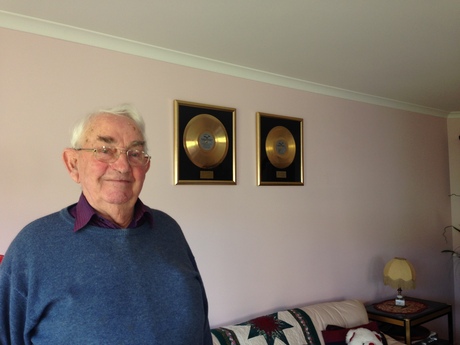 Keith Southern at his home in Paraparaumu.