The language is the very essence of being Māori

Glenis Phillip-Barbara is charged with the task of heading the new māori language research centre, He Puna Whakarauora. She talks about the functions of the unit that includes a nationwide approach in analysing the role te reo māori has in the community and the whanau.

Shane Te Ruki knew he wanted to wear a facial Moko from a young age, inspired by the carved panels in the wharenui at his Marae, Te Kōpua.  For the next few months he is the resident Kaumatua at the National Museum, Te Papa Tongarewa where he gave a presentation about the history of Taa Moko, its origins and its place in te ao Māori, part of which features in this weeks show. 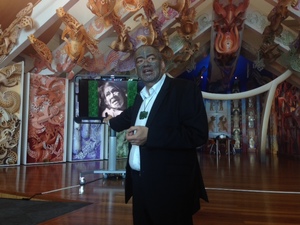 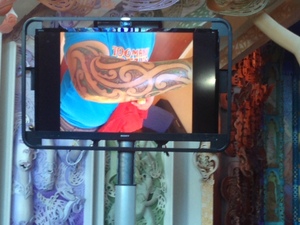 Nikki King and Te Hou Winitana took their performing arts skills to a whole new level when they came up with a concept that combined polynesian dance moves with a cardio workout; the result is Hula Active. The high-energy, one-hour session has grown with classes held in Lower Hutt and Porirua.  Social media promotion and word of mouth is spreading about the workout that requires its participants to wear a pareu/lava-lava and to pay just two dollars, Justine Murray gets the down low about Hula Active.