Do couples that sleep together sleep better?

Couples should be talking about whether it’s better to sleep apart if they need to, and avoid feeling it’s a sign of a loveless or sexless relationship, an expert on sleep disorders says.

New research published in Neuroscience News by German scientists suggests people who sleep next to one another have increased REM sleep and less disrupted sleep than couples who slept individually. 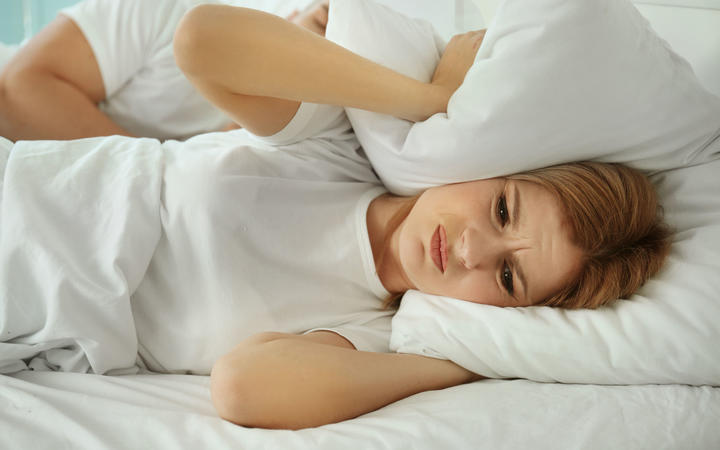 The study, Bed-sharing in couples is associated with increased and stabilised REM sleep and sleep-stage synchronisation, not only measured body movements, but it assessed brain waves, respiration, muscle tension movements and heart activity.

However, Dr Wendy Troxel, a licensed clinical psychologist specialising in behavioural treatments for insomnia and other sleep disorders, says that although the German study contains scientific data, sleeping together may not work for all.

“It adds to a small, existing literature that’s frankly a mixed bag when it comes to this perennial question: ‘is it better if I sleep with my partner or apart?’. What they found was about a 10 percent increase in rapid eye movement sleep – again, dream sleep – when couples were sleeping with their partner, as compared to when they slept apart.

“This is different from the existing literature … some of those studies have actually shown the opposite finding – that when sleeping together couples actually sleep a bit worse than when sleeping apart.”

Dr Troxel says it is not necessarily a bad thing if partners sleep apart if it works better for them, and anxiety around what could be inferred about the wider status of their relationship should be dispelled.

“For a long time now, people have felt shame to admit that they sleep apart from their partner because there’s a belief that there’s a loveless or sexless union.

The confluence of sex, love, and physically sleeping together is a relatively new cultural norm in western society and one that has made couples weary of exploring whether sleeping apart could, in fact, be in their best interests, Dr Troxel says.

The cultural drivers of this normative view were set in motion after the sexual revolution of the 1960s. Before then media images of loving couples sleeping in separate single beds were ubiquitous in the 1950s.

Further back, during the Victorian era, it was largely peasants and the industrialised working-class, unable to afford two beds, who slept together by necessity.

The US National Sleep Foundation has found that approximately 60 percent of partners sleep together when they have a choice and Dr Troxel says the figure reflects a growing trend of couples sleeping apart.

There are many reasons why people choose to sleep apart, but the primary one remains snoring, she says.

“It is a nuisance and makes it very hard for the bed partner to sleep. But the first strategy for a partner if snoring is causing an issue is to make sure that the individual who snores is adequately evaluated to see if they have an existing disorder.”

Other reasons include young children coming in and out of the bed, as well as differences in schedules. Couples with a mismatch in biological rhythms and differing work schedules can choose to sleep apart so as not to cause distress or disruption.

Dr Troxel has studied the quality of intimate relationships in connection to the quality of sleep for decades and observes that, despite objective measures of disrupted sleep, couples who sleep together may feel the opposite – that their shared sleep is replenishing and good.

She thinks this may be related to how physical closeness has a somatic effect on people and creates a feeling of wellbeing, hence easing any anxiety that could otherwise make sleeping a problem.

“For people, it is absolutely worth it. We don’t even recognise that we may be sacrificing our sleep because we get such benefits psychologically from sleeping next to a close other, so we feel like our sleep quality is better.

“Most importantly though, for couples, finding what works for you is absolutely critical in recognising that sleep is vital to the health of your relationships. So, find out what works and prioritise sleep… I can’t come down with any sort of prescription, it comes down to how well are you sleeping.”

A 20-something female journalist came to her and admitted sheepishly she slept separately from her partner and was relieved when told it was a natural choice for many who sought to resolve a sleep issue and that it was no sign of lack of commitment or a bad relationship.

A big problem is couples’ lack of communication over the matter, a failure to rationally negotiate an arrangement at night to the benefit of their individual health and the quality and future of their relationship with each other, Dr Troxel says.

“In most marital or pre-marital therapy you talk about all the things about the relationship during the day, but so little, if any time, is focused on how we’re going to negotiate our nights and how do we sleep together.

“Too frequently when couples make decisions about sleeping together or apart, they’re not actually pro-active decisions, they’re really just acts of desperation, when one person just abandons the bedroom. That sort of abandonment can be felt by the other partner literally as abandonment. That’s quite different from having a conversation with your partner.”

Dr Troxel and her research colleagues have also found that some couples achieve synchronicity when sleeping together, being awaken at the same time and asleep at the same time during the night.

Women’s experience of the day can set the mood and determine what type of sleep will be experienced during the night, she adds.

For those suffering from insomnia, the obvious decision to go to bed early to ‘catch up’ may not be the most beneficial.

“In terms of the most effective treatment for insomnia, cognitive behavioural therapy, one of the key strategies was to limit time in bed and keep a very consistent sleep-wake schedule. Sometimes the intuitive response might not be the response that is going to fix the problem.”

Insomnia can be stress-related and stressors of modern working arrangements and the way our free market economies are structured are depriving us of sleep on a mass scale. Dr Troxel says it’s a modern problem that is literally killing us and one that needs to be solved.

“This idea that ‘you’ll sleep when your dead' is frankly a mortally-flawed belief, because we know that sleep loss increases risk of mortality, as well as all sorts of mental and physical health problems…

“Yes, there may be times where sleep must be sacrificed, but this idea that we must do it on a chronic basis, or that it’s helping us to achieve some lofty goals is frankly just wrong… We need to be breaking down that myth.”