The fastest growing sport in the world is e-sports

Forget football and basketball. There is no faster growing sport in the world than e-sports, and there is no bigger e-sports tournament than the League of Legends World Championship, which took place in France this weekend and had a tidy $US1 million prize for the victors.

Graham Ashton is a journalist with The Esports Observer and joined Jim Mora to give him a run down. 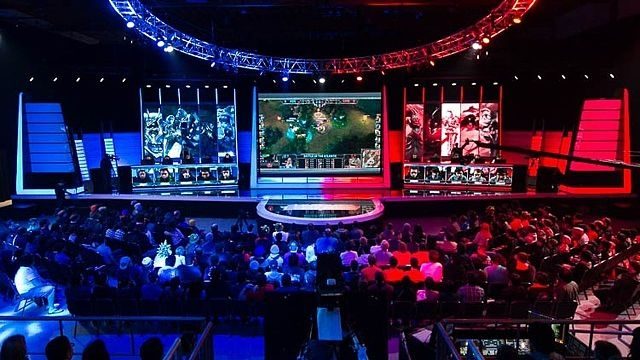 Ashton says the event is a partnership with the publisher of the game and the city of Paris.

“They actually held a kind of activation village near the city hall where people could come see the sponsors and there was a press conference at the Eiffel Tower where the trophy case designed by Louis Vuitton was shown off to attendees for the first time… they’re really pulling out all the stops for this event.”

He says the game has 13 regional leagues around the world, including the Oceanic Pro League in our part of the globe. The leagues play two seasons each year and the top performing teams go onto the world championship which takes place over a series of weeks.

“It started out in Berlin with the group stage, then we had the quarter and semi-finals in Madrid, and now we have the climactic showdown in Paris.”

Ashton says a 15,000-seat venue sold out for the event, a huge number, but dwarfed by the sell-out of the 40,000 seat sell-out of the bird’s nest Olympic stadium in Beijing for a previous event.

“The event will go back to China next year and I’m quite certain they will be able to exceed that number.”

He explains that much of the enjoyment for fans stems from the fact that the majority play the game and have a deep understanding of what’s happening. There’s also a culture surrounding the game, he says.

“This game has its own lore, its own characters. You often see at these events, people dressed up as the characters and enjoying themselves. There’s a whole subculture that’s developed not just around the competitive scene, but the actual game itself.”

Playing a video game competitively might seem straightfoward, but Ashton says players can spend thousands of hours refining their gameplay.

“I even struggle to get my head around it. If you just look at them playing, it’s a simple game with a keyboard and a mouse but to say it’s simple is absolutely not true. Some of these players can play from eight to 12, even longer hours, per day just simply refining their mechanical movements and understanding the game. And, of course, these games get updated every week. The ‘meta’, as they call it, gets constantly re-shifted.

“It’s a gruelling task. The fun of being able to play video games every day for a living is, I’m sure, great. But, at the same time, it’s a very stressful career choice for these guys.”

There’s also the added pressure of being on a world stage. Last year’s viewership, according to the publisher, peaked at 44 million. It’s close to the biggest records for the Super Bowl.

Ashton says part of the reason e-sports is the fastest growing sport is because the average viewer age of 15-30 is highly attractive to advertisers and promoters.

“There’s not much doubt that if it continues at this fast rate, that it will reach those heights of the big sporting events. And by that point it’s going to be an international phenomenon.”