The International, the highest paying esports tournament in the world, begins today in Shanghai. Here's all you need to know about the event. 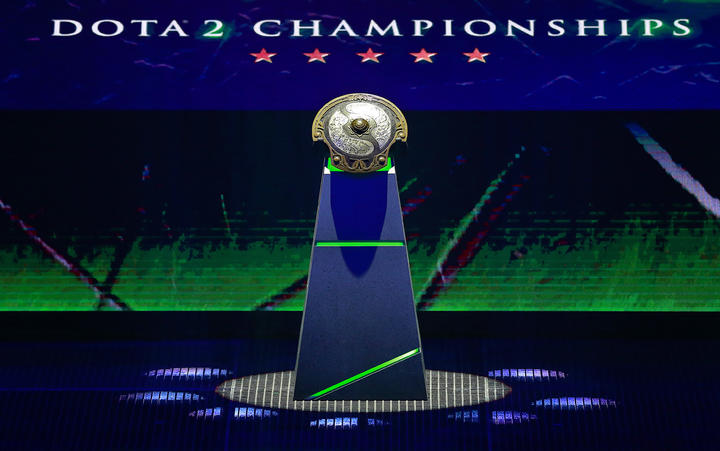 What is this tournament?

The International, aka TI, is the world championship tournament of the video game Dota 2. It is, and has been every year since 2013, the highest-paying esports tournament in the world.

This year is the ninth edition of the International, which began in 2011, so it is known colloquially as TI9.

It's becoming increasingly popular, with players streaming to fans over Twitch, and tournaments in several different games offering multimillion-dollar prizes.

We reported on the hype and attraction of TI6 three years ago if you're interested in seeing what the grand finals event is like, or check out these two Kiwis who had hoped to win the Fortnight World Cup last month.

So, how much money is at stake this time?

Unlike most other esports, the prize pool for this tournament has since 2013 been partly based on in-game sales of the 'Compendium', with 25 percent of the sale price going back to support the pros.

As of now The International 2019 prize pool represents approximately 72% of all earnings in Dota 2 since the last TI.

It also gives players access to various in-game cosmetics, a fantasy league, collectible player 'cards' and other stuff for fans.

This has meant the prize value each year has been higher than the last. It has already surpassed last year's and as sales are still going on, the prize pool could yet climb higher.

Where is it being held?

Shanghai's 18,000-seat Mercedez-Benz arena in China. Although Dota 2 is hugely popular in China, this is the first year The International has been held there, though there have been high-profile Dota tournaments in China before

The first one in 2011 was in Cologne, then it was in Seattle for six years. Last year it was in Vancouver, Canada, when Seattle's Key Arena went under construction. 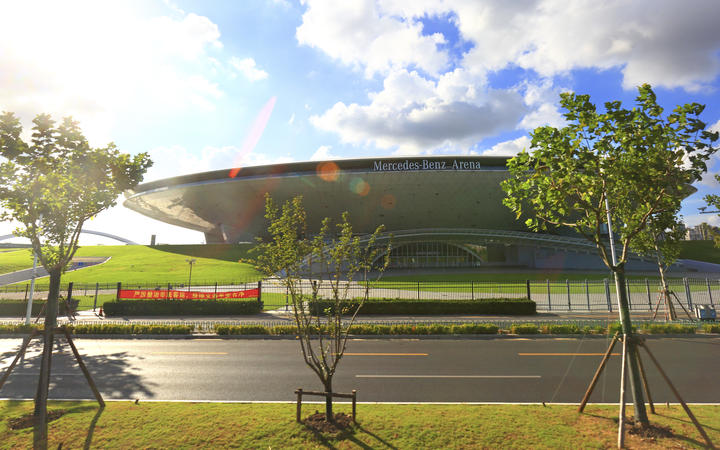 The 18 Chinese players far outnumber the number of players from other regions, with the nine Philippines players the second-most.

In some quirk of fate too, the winning team has gone back and forth between a Western-based team and a Chinese-based team every year until last year when Chinese team LGD lost the grand final to EU team OG.

Don't let those labels fool you, either. Many teams will be based in one country but have players from several other countries and regions.

Yep. It's a lot of money for playing a video game.

Okay, what game is it?

Dota 2, a game with more than 10 million monthly active players.

In this game, two AI-controlled armies continually run at each other trying to attack one another's fortresses, defended by powerful but destroyable towers.

The two teams of five players pilot hero units to swing the tide of this battle by earning money from destroying the armies and the opposing heroes, eventually attacking and destroying the enemy's base. If they die, they come back after a delay.

If you've never played it can be a bit confusing to watch, but the strategy and skill involved is at an extremely high level.

It's also a free game, and spending money on it does not give you any advantages - so anyone with a computer can simply sign in and start playing.

First off, the players are professionals - that is, playing this game is their job. They work year-round for team organisations, often with big sponsorship deals (one of the leading Chinese teams, LGD is sponsored by Paris Saint-Germaine).

The teams are often player-owned companies, run by the players, for the players. They have coaches (usually former players themselves) and often have strict schedules for play and training for hours every day. Many have diets and daily workout regimes, to keep their reflexes quick. 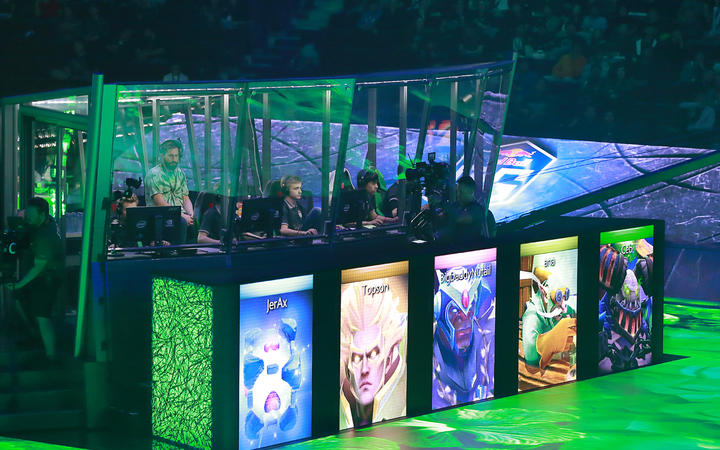 Members of OG sit in their booth as they play against PSG.LGD in their grand final Dota 2 match of The International 2018. Photo: Jeff Vinnick / Getty Images / AFP

To get to this tournament, players had to train like this to be good enough to be recognised, join a team, then do well enough in other, smaller tournaments throughout the year to be seeded/invited to this main one, or by winning a regional qualifier.

However, if you work very hard and play thousands, THOUSANDS of hours of Dota, it's just possible you could compete next year.

Does New Zealand have any players?

There are a couple of Australian players (OG player ana and Mineski's kpii), but most of the top players in our South East Asia region are based in Philippines and Malaysia, where the game is very popular in internet cafes.

How does the tournament work? What's the format?

Group stage: Starting at 1pm today (NZ time), until Sunday 18 August, the 18 teams are divided into two groups, who play best-of-two match-ups in a round-robin format.

Main event: The bottom team in each group is eliminated while the top four teams in each group advance to the Upper Bracket. The remaining eight teams go to a lower bracket.

China has had the most participants historically (201) but even though The International 9 is held in China, this is the year with the fewest Chinese participants.#TI9 pic.twitter.com/hP2iAbtcTn

The grand final, on Sunday 25 at 6pm (NZ time) is a best-of-five (although the upper bracket finals will also start that day about 2.40pm).

Who are the favourites?

It's looking a fairly tight competition. According to esportsbettingtop, Team Secret are the favourites to win, but Vici Gaming, Team Liquid, Virtus.Pro, Evil Geniuses, and PSG.LGD are all strong contenders.

Secret's captain Clement "Puppey" Ivanov was on the winning team Na'VI at the first TI, came second in 2012 and '13, but has not been able to reach those heights at this main tournament again despite being one of just two players to qualify with a team every year. 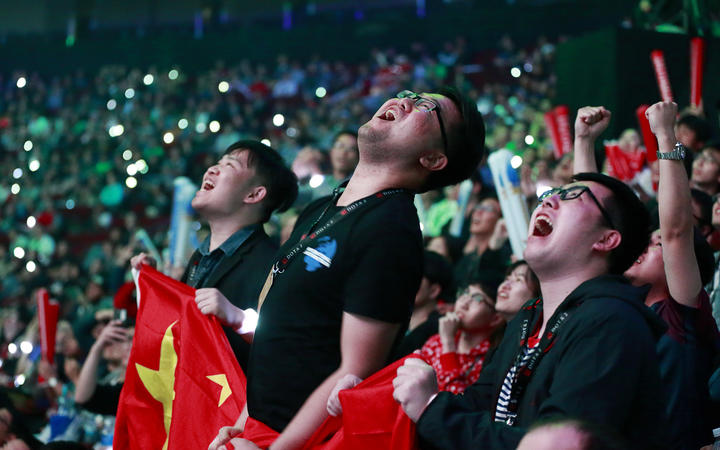 The team was expected to do very well last year too, but only reached eighth place in a big upset.

The International is always a bit unpredictable.

It's that drama, combined with the skill of the players, the spectacle of the arena, the complexity of the strategy - and, of course, the memes - which makes this game so fun to watch.

Where can I watch it?

Since many of us can't make it to Shanghai, there's a range of options for watching it. You can either jump into the free game app on a computer and watch it there, check out the streams on streaming platform Twitch, or look into attending one of the 'Pubstomp' live viewing events in bars across the world.