There are still many legal hurdles to overcome before Brexit becomes a reality. But Professor Jurgen Basedow from the Max Planck institute in Hamburg says Kiwi businesses operating in Europe need to start thinking about the future now.

This week: Phil Smith sits down with the Speaker and The Clerk to go through the process and some of the rules of Oral Questions in Parliament.

Feature Story's Nina-Maria Potts reports on the latest in the criminal investigation into Russian interference in the US election.

Sue Gardiner, a Kiwi who runs a travel business in Tonga. Photo: Supplied

Sue Gardiner is a Kiwi businesswoman who has lived in Tonga for 18 years. She talks about the situation the island kingdom faces and what it could do to be better prepared in the future. 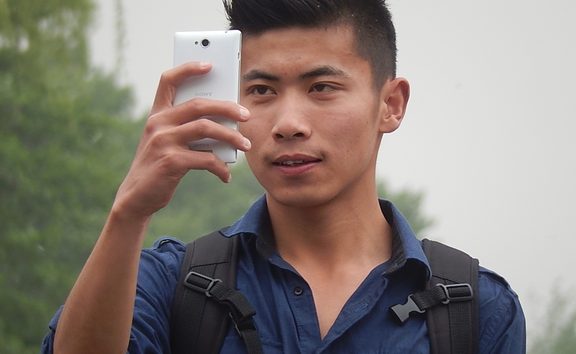 Many migrants from rural China who move to find employment in massive factories, work very long hours in poor conditions and then spend the rest of their time in cramped rooms, often sharing living space and beds. However most own smartphones. As the BBC's World Service has been finding out, on platforms like QQ, China's social media giant, these workers escape from the real world to a better life online.

8:40 Carla Meledandri: nanotechnology and your gnashers 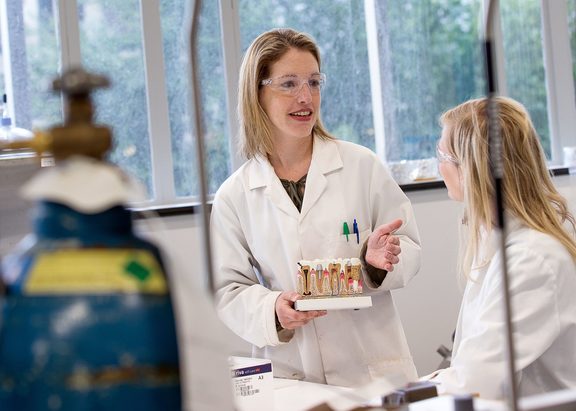 This week, Dr Carla Meledandri was awarded one of the Prime Minister's science prizes. She secured $200,000 and became the MacDiarmid Emerging Scientist. Meledandri has a number of projects on the go, but her two big ones are looking at nanoparticles to combat tooth decay and development of nanomaterials for larger scale gas capture and storage. US-born Dr Meledandri is currently based at Otago University where she has worked with the dentistry faculty and is looking for partners to work with her the larger-scale project.

Presented and produced by Colin Peacock. This week: two cases of controversial commentary in the media condemned as racist - and even “hate speech”.  Also, why a major news agency here is set to close; and how social media can be a double-edged sword for popular politicians. 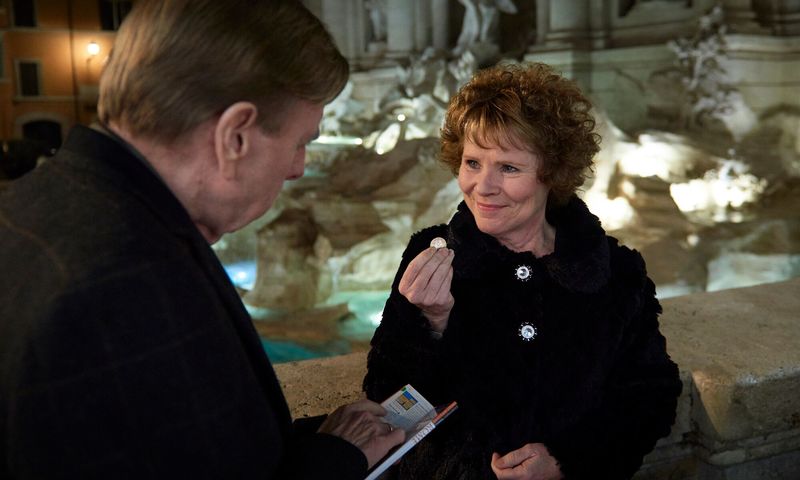 Imelda Staunton in Finding Your Feet. 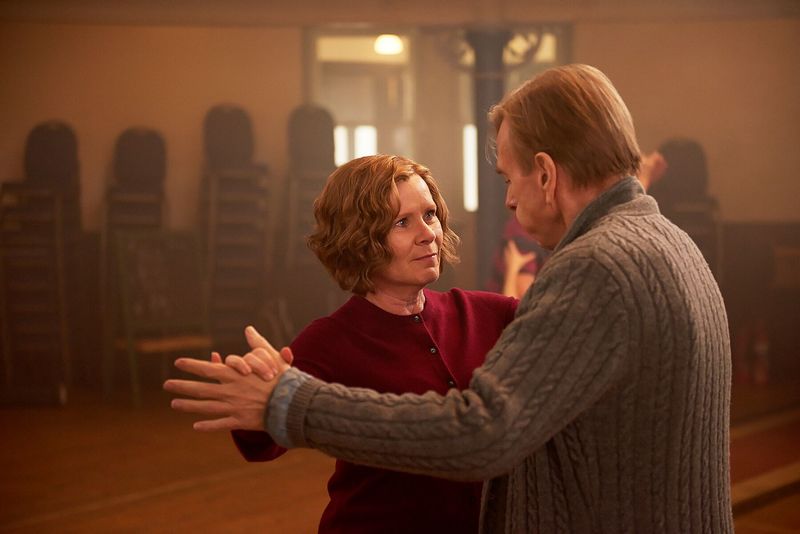 Imelda Staunton and Timothy Spall in Finding Your Feet. 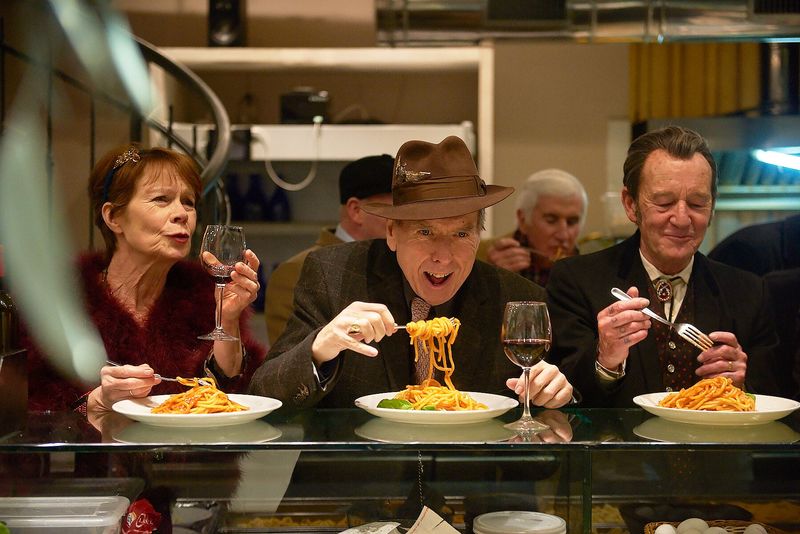 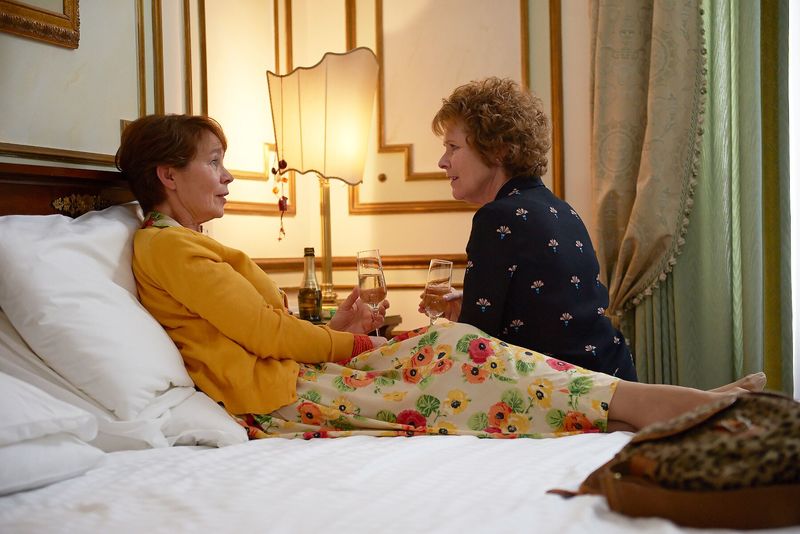 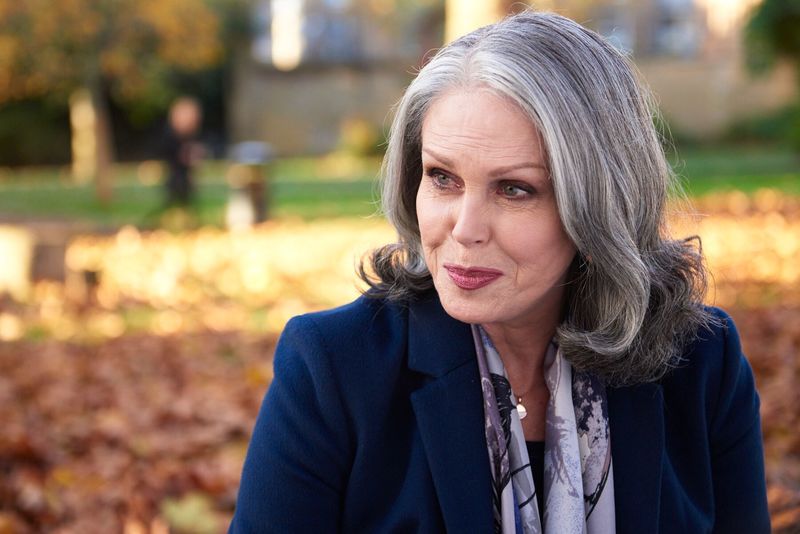 Joanna Lumley in Finding Your Feet. 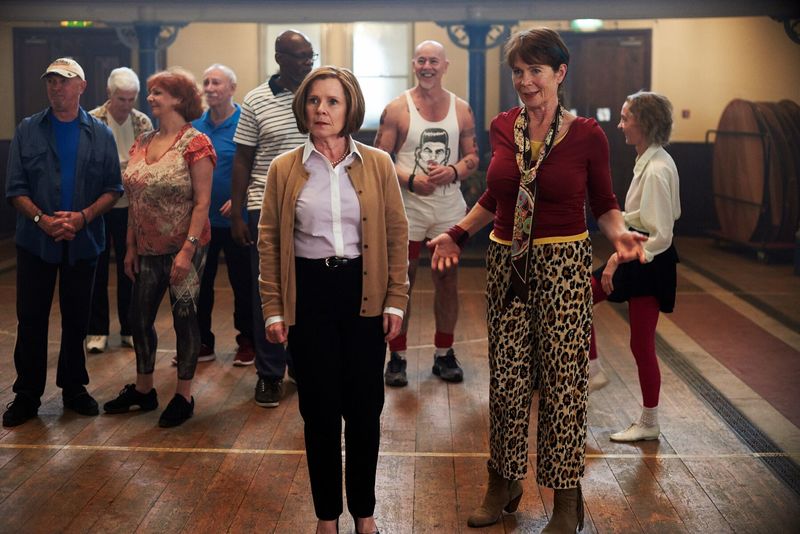 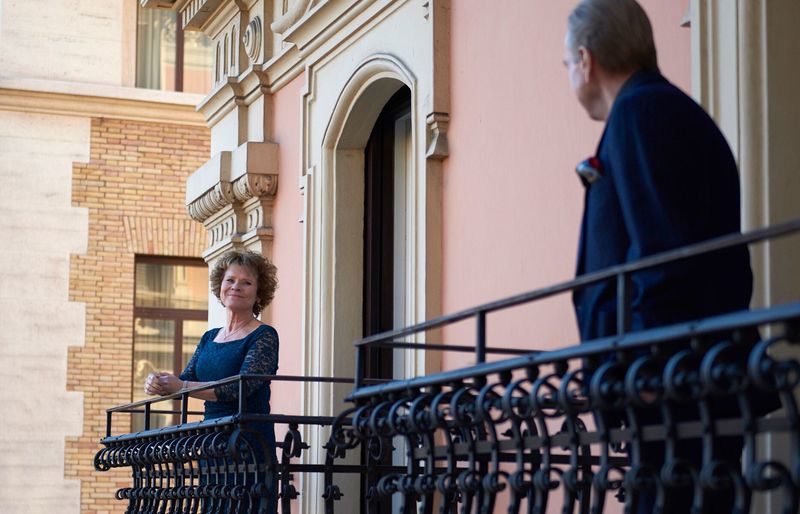 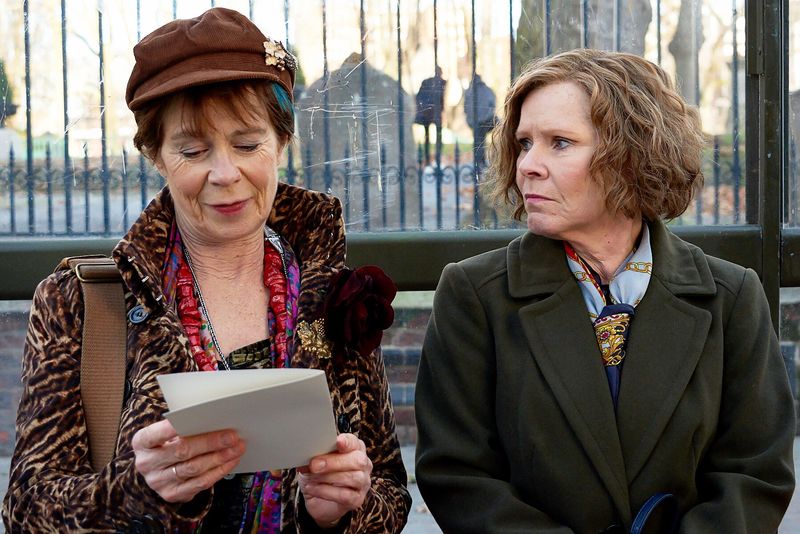 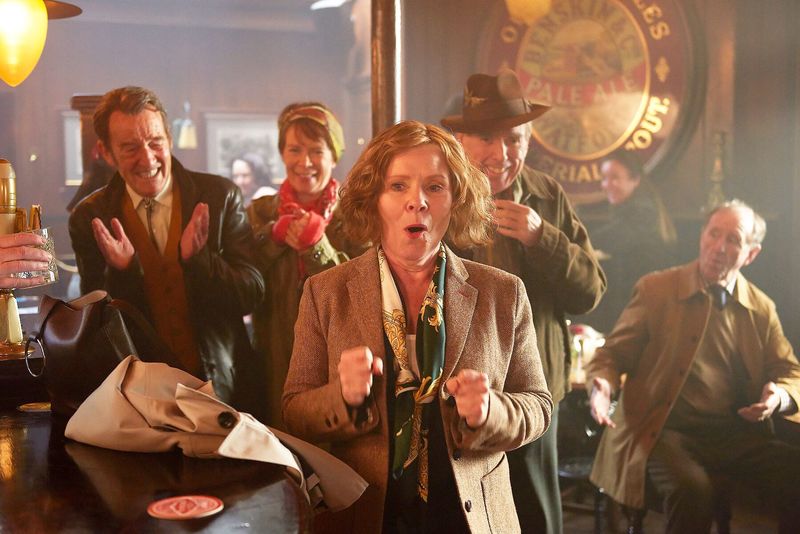 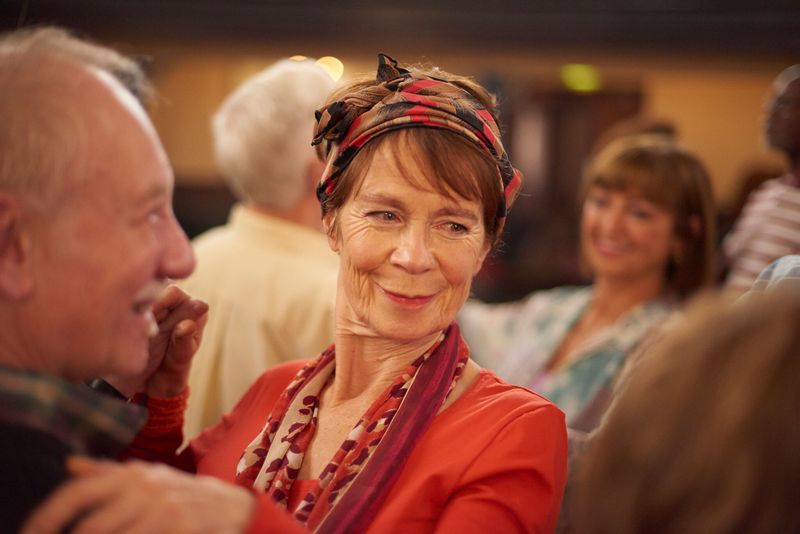 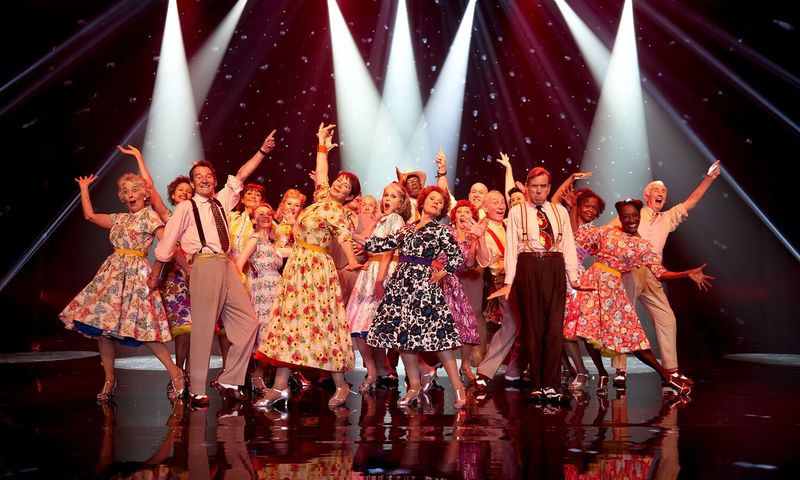 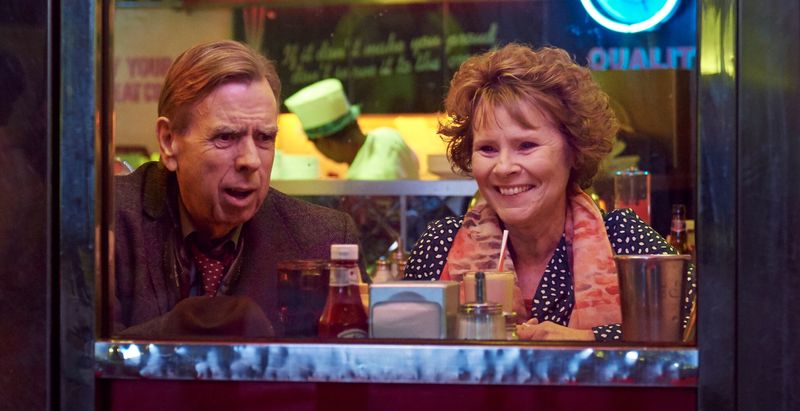 Imelda Staunton’s career began on the stage but since then she's also appeared in blockbusters such as Harry Potter, Shakespeare in Love and lent her voice to the Paddington films. Staunton is one of the most celebrated English actresses, compared to Dame Judi Dench.  Her talent has meant numerous awards for plays and musicals in London and she's also taken home top film trophies, in particular, for her 2004 leading role in Mike Leigh's Vera Drake for which she won a Bafta and was nominated for an Oscar. Her latest starring role is in the rom-com Finding Your Feet with Timothy Spall, Celia Imrie and Joanna Lumley. It opens on 22 February. 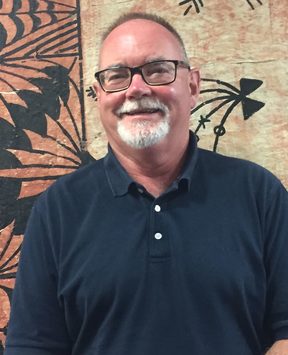 Hugh Kininmonth has been at the coalface of community health for many years. He's the chief executive of one of the country's 32 Primary Health Organisations - Hauraki PHO - a position he's held since 2003. He says the health system faces big challenges around increasing demand, tightening financial pressures and growing expectations in the face of severe workforce constrictions. He says these are exacerbated by inequalities around the social determinants of health. 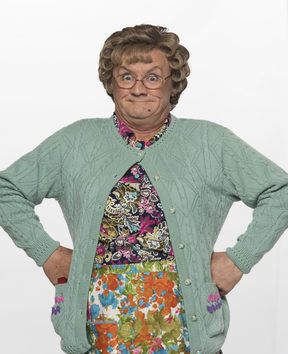 Brendan O'Carroll has amassed a fortune by dressing as a woman for the past two decades. O’Carroll has played Agnes Brown from Mrs Brown's Boys on our television screens since 2011 - years after she was initially created for a short radio play. Such is the success of the series, there's been a movie and live stage performances touring the world. The latest Mrs Brown stage show "For the Love of Mrs Brown" will play Christchurch's Horncastle Arena from February 28 to March 2, and Auckland from March 7 to 10. But as Brendan O'Carroll tells Wallace Chapman, he only became Mrs Brown through the luck of the Irish. 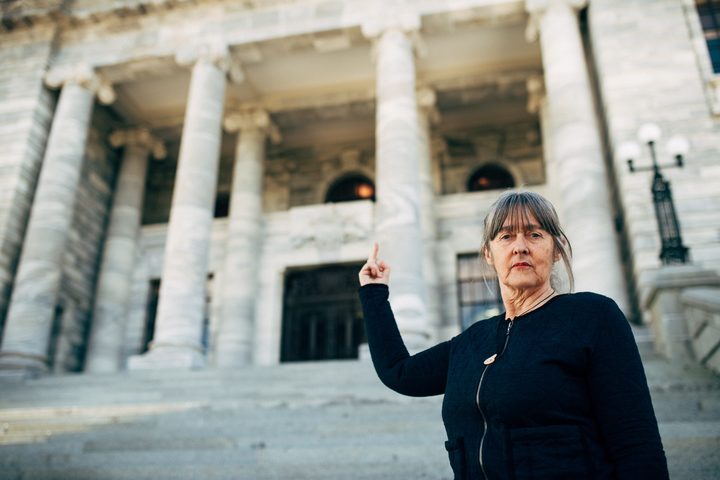 Former Green MP Catherine Delahunty has teamed up with her theatrical sister Sarah Delahunty, an award-winning playwright and director, to bring Question Time Blues to Auckland for the Auckland Fringe Festival.  The satirical show, which has already played at Bats Theatre, marks Catherine's “public detox” from, and provoking challenge to Parliament, where she spent nine years as an MP. Question Time Blues runs at Q Theatre, Mar 1-3. 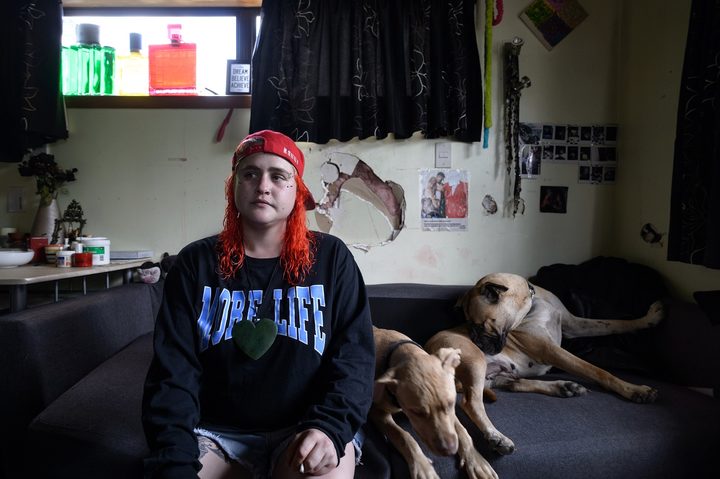 A confronting short documentary about the dangers of synthetic drugs goes live online this week.
Journalist James Borrowdale spent time in West Auckland talking to young people either addicted to, or affected by, the drugs known as synnies.  The result is "Syn City: New Zealand's Synthetics Drug Crisis" a doco by youth media group Vice. It follows 20-year-old addict Tammara as she battles to recover from a six-year addiction to synthetic drugs. 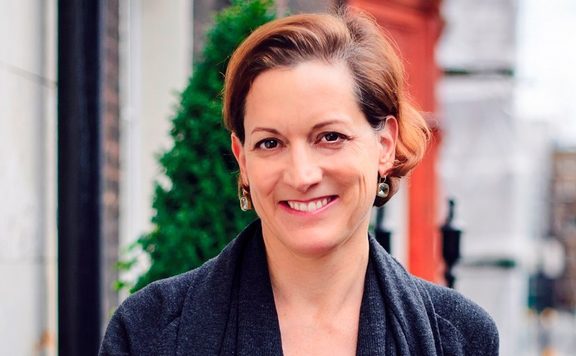 Anne Applebaum's book “Red Famine, Stalin's War on Ukraine” is about a famine not caused by drought or floods -  but a political famine caused by Joseph Stalin's brutal policy of farm collectivisation and repression. The famine mainly affected the Ukraine  - whole countrysides fell silent. Anne Applebaum also wrote “Gulag” which won the Pulitzer Prize, and has been an editor at the Economist, deputy at the Spectator and is a former member of the editorial board at the Washington Post where she's a columnist. She's now Professor of Practice at the Institute of Global Affairs at the London School of Economics.