Yasmine Ryan is a NZ journalist based in Tunis who has just returned from Libya. She talks to Wallace about how Islamic State came to get a presence in Libya, the danger there for journalists, and the new head of the army. Also in this hour – The Week in Parliament, and rebuilding the Chilean city of Constitution after its huge earthquake in 2010.

Auckland, by world standards, is not only disproportionately large compared with the country it sits in, but also vastly more diverse, and growing faster than other parts. Insight looks at whether the Government needs to radically change the way it makes policy for, and operates in, the country's biggest city. Commentators and analysts argue that increasingly, public service chiefs are out of touch with Auckland's challenges, and that the consequences of staying out of touch will be serious. Radio New Zealand’s Auckland correspondent, Todd Niall, explores what the city thinks needs to happen in the future.
Produced by Philippa Tolley. 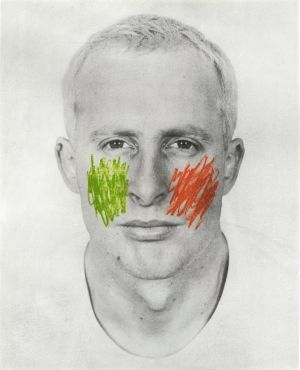 Billy Apple is widely regarded as New Zealand’s most significant conceptual artist. He's been recognised internationally, his works are in the Tate Britain, Guggenheim and other collections. The Auckland Art Gallery has a major retrospective of his work – over 200 pieces from all stages of his career. Billy Apple joins Wallace in the studio.

Mediawatch looks at how the media managed the 1080 scare story; and how revelations about spying and surveillance keep on coming, along with claims that they’re no big deal. Also: An apology for grieving Trekkies; and how Maori TV handled some unexpected criticism.
Produced and presented by Colin Peacock and Jeremy Rose.

9:40 Justin Rockefeller – Giving it Away

He has one of the most instantly recognisable surnames on the planet. So just how did entrepreneur Justin Rockefeller get involved in philanthropy?

Actor Alan Rickman talks to Wallace about his latest movie A Little Chaos - a story about the great landscape architect, Andre Le Notre – the man behind the celebrated gardens at Versailles. Alan Rickman discusses directing and starring in the film and working with Kate Winslet, as well as his role as Severus Snape and the legacy of the Harry Potter years. Plus, we find out just what he thinks about his own, wicked voice. 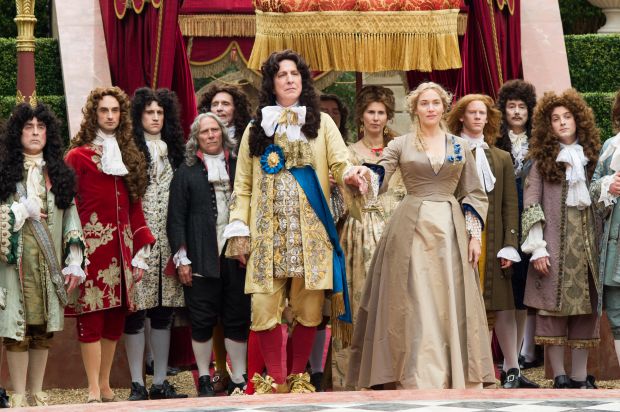 Alan Rickman and Kate Winslet (centre) in a scene from the movie, A Little Chaos

There is a well-known series of images of an open cast mine with a sea of people climbing up and down ladders, extracting soil by hand. It is the work of Brazilian photographer Sebastio Salgado. Filmmaker Wim Wenders is a huge fan of Salgado and has co-directed a film about his life and work called The Salt of the Earth, nominated for Best Documentary at the 2015 Academy Awards. The other director is Salgado's son – filmmaker Juliano Salgado, who joins Wallace to talk about the new movie. 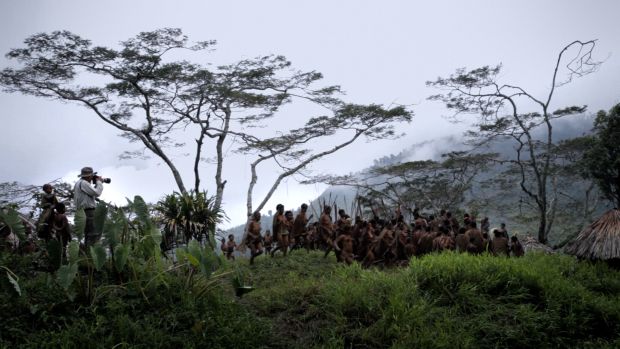 Director Roysten Abel serves up drama and food in The Kitchen – a story about cooking as a metaphor for life, playing at the Auckland Arts Festival. On stage a couple cook up steamy vats of payasam, a traditional Indian dessert, while behind them 12 drummers beat out a rhythm. Theatre audience bonus: They get to eat the payasam.

For many New Zealanders, the big OE is a rite of passage. A new exhibition at the Auckland City Library pulls together a range of photographs, mementos, and diaries that document the way that our Overseas Experience has changed over the years. Curator Georgia Prince and OE pioneer Muriel Clark join us.

Musician Alistair Fraser says the Okains Bay Maori and Colonial Museum has a great collection of taonga pūoro/taoka pūoro (musical instruments of the Māori). He played and recorded the instruments for a CD – then donated the finished product back to the museum to help it raise money to look after the instruments.