As the main parties criticise each other’s economic policies, Wallace talks to Trevor McGlinchey, the executive officer for the NZ Council of Christian Social Services, about how to decide which way to vote. Also: The huge push in the Pacific for island nations to get more benefit from what is pretty much their biggest resource – tuna; plus Labour’s new candidate for Manukau East, Jenny Salesa.

Education, health and the economy are the three big issues in any election. But how well do the political parties' policies address the key problems in those sectors, and how effective will they be in resolving disparities between the haves and the have-nots? Radio New Zealand's education, health and economics correspondents team up for this pre-election Insight special. They find out what experts – including teachers, doctors, and business people – think of parties' policies, and ask how inequalities in health, wealth and education might be addressed.
Produced by Philippa Tolley.

While claims and counterclaims whirl about the details of who did what as outlined in Nicky Hager’s book, Dirty Politics, Professor Andrew Geddis from Otago University is taking a wider look at what he calls the plain despicable conduct exposed in the book, and its impact on our politics.

Mediawatch looks at how Dirty Politics is still making headlines and causing headaches for people in politics, PR and the media; the return of the original Maori magazine Mana; and online initiatives confronting voters with big election issues.
Produced and presented by Colin Peacock and Jeremy Rose.

This weekend, Auckland hosts the 33rd Scientific Committee on Antarctic Research conference – a biennial meeting to draw attention to Antarctic issues. Wallace speaks to two scientists here to take part – the Chief Programme Manager for the US Antarctic Programme, George Blaisdell, and Professor Steve Pointing from AUT University – about the impact of climate change on this ecologically important continent.

Jane Ussher is one of New Zealand’s foremost photographers. She joins Wallace to talk to him about her experience in Antarctica, photographing the historic huts of Antarctic explorers Captain Robert Falcon Scott and Sir Ernest Shackleton. The photographs are part of a new exhibition called Still Life: Inside the Antarctic Huts of Scott and Shackleton. 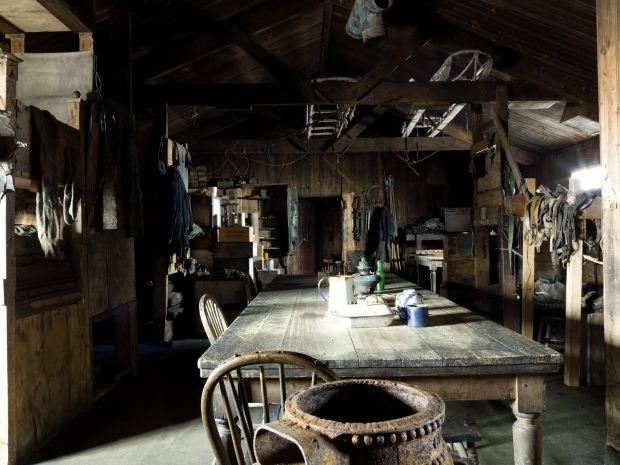 Looking back past the wardroom table to the entrance of Scotts hut Cape Evans. Photo by Jane Ussher

Back in the late 70s and 80’s Mi-Sex rode the new wave of music and had huge hits with songs such as ‘Computer Games’ and ‘But You Don’t Care’. They hit the big time in Australia and then toured the US and Europe. Thirty years later they’re back in New Zealand for a short tour, joining forces with Split Enz keyboardist Eddie Rayner.

Photo: MiSex and Rob Muldoon, 1980. From the Alexander Turnbull Library. 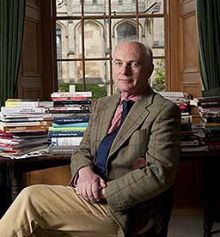 Sir Hew Strachan is the Chichele Professor of the History of War at the University of Oxford.  He is a trustee of the Imperial War Museum, a Commonwealth War Graves Commissioner, and member of the National Committee for the Centenary of the First World War. Sir Hew is in New Zealand to deliver the keynote address at the Experience of a Lifetime Conference: People, Personalities and Leaders.

Otorohanga College students Waimarama Anderson and Leah Bell are the organisers of a petition calling on the Government to set aside a national day to commemorate all those who died in the land wars. The petition was presented to Prime Minister John Key at the Koroneihana celebrations in the Waikato on Wednesday. Jeremy Rose talks to Waimarama and Leah about their idea of a national day to commemorate both the Maori and Pakeha who died fighting in 19th Century Aotearoa/New Zealand.

Henry Reynolds is an Australian historian and the author of Forgotten War. He has described Australia’s marking of the centenary of the First World War as a “carnival of military commemoration” and has called for a rethinking of how Australia remembers its past wars and in particular an acknowledgement that there was a frontier war that cost tens of thousands of lives.