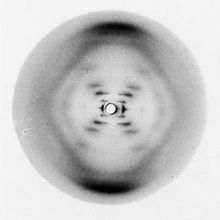 09:07 Anna Ziegler
Playwright of the Rosalind Franklin play - Photograph 51. Science students will know the name of New Zealand born Nobel Prize winning physicist Maurice Wilkins. He shared the prize with James Watson and Francis Crick for their work to unlock the mystery of DNA. Rosalind Franklin's name might not be so familiar, but most experts agree her work with Wilkins at Kings College in London made it possible to crack DNA. She workd on the xray image of DNA, photograph 51. Her overlooked role is the basis for successful play called Photograph 51 . Nicole Kidman won at the 2015 London Evening Standard theatre awards for her portrayal of Rosalind Franklin in the West End play. The story of Rosalind Franklin has also been on stage in New York and Washington DC. Anna Ziegler is the playwright and is happy to explain the story behind the title "Photograph 51" with Noelle. 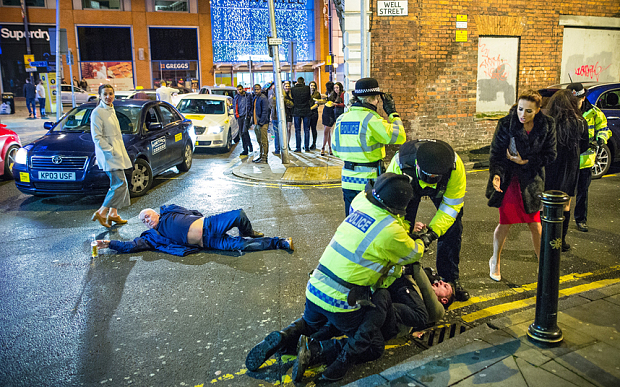 The Manchester Masterpiece, taken by a photographer at the Manchester Evening News on New Years Eve. Photo: Joel Goodman/LNP

09:45 Andrew Potter
Our UK correspondent has more on the latest British Islamic state member to feature in a video showing five men being killed. He also looks at moves in France to strip convicted terrorists of their French citizenship.

10:10 Duncan Grieve
How We Did It interview on co-authoring the book with Dan Carter. As well as running the TV, politics, culture website The Spinoff, Duncan Grieve is also the co-author, of Dan Carter's Biography: My Story, he worked with Dan Carter to write this book, which came out just after NZ won the rugby world cup late last year. It was a surprising partnership in some ways, the writer and the all-black kicker, but as Duncan Grieve explains to Noelle he and Carter do have a FEW important things in common.

11:30 Wayne Mason
Chooses the music today in Songs of Life.

ARTIST: The Beatles
TITLE: From me to you
COMP: Lennon, McCartney
ALBUM: The Beatles: 1 (Compilation)
LABEL: Apple