9:07 Tom Shone interview
Critic is a four letter word. And yet in today's online environment, everyone shares opinions about just about everything. The true professional film critic is a rare and for fans, wonderful thing. For the past 20 years, Tom Shone has earned his crust as a film critic for The Sunday Times, The Guardian and now the Economist's intelligent Life magazine. He's written books about Hollywood Blockbusters, Martin Scorsese and most recently, Woody Allen: a Retrospective. The Toronto Star calls him The world's finest film critic for his writing which goes beyond movies to cast a critical eye on books, pop culture and politics. As well as being a film critic and a writer of books, he also teaches film history and criticism at NYU.

9:45 Middle East correspondent Kate Shuttleworth
There's been a big storm following Sonny Bill Williams tweeting pictures of dead refugee children from a camp in Lebanon. Kate Shuttleworth talks about those images and why she believes the criticism of SBW has been unfair.

10:10 Tell You What Essay by Charles Anderson.
This summer We're talking to some of the contributors to a new collection of NZ non-fiction "Tell You What 2016". Today it's journalist Charles Anderson. His piece, Into the Black tells the story of one of our worst maritime disasters, the sinking of the Easy Rider fishing boat in the Foveux strait in 2012. It's a story based on extensive interviews by Charles, and on hundreds of pages of documents including Court Files, Transport Accident Investigation commission reports and coroners inquiries. It's also a story he took an interest in from the outset. 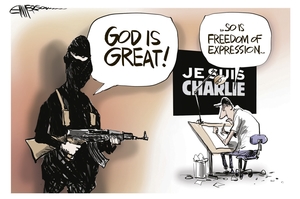 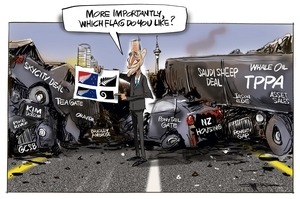 10:25 Road of the Day with Rod Emmerson
Renown cartoonist Rod Emmerson joins the show to talk about his favourite road. He also shares his cartoons of the year with us. He had a lot to choose from in 2015.

10:40 Poets reading Poems with Paula Green
Poet Paula Green reads a Bill Manhire Poem for us and tells Noelle why it's her favourite from him.

10:50 Etiquette with Leah McFall
Leah McFall shares her thoughts on modern etiquette and where we could be doing a bit better. She believes that the art of small talk is being lost and why we should be politely chatting a bit more with strangers.

11:10 AUT Student Documentary by Dylan Garrod
Today's documentary by student Dylan Garrod has a look at the world of live action role play or larping which involves people getting dressed up and fighting battles with plastic weapons.

11:25 Songs of MY Life with James Milne
Musician James Milne AKA Lawrence Arabia is sharing the three songs he's chosen which reflect his life.